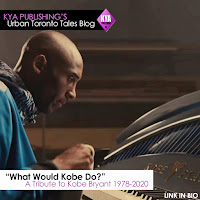 It's terrible. It's completely devastating. It's been less than 24 hours since first hearing about the passing of NBA legend Kobe Bryant, and it still somehow doesn't feel real. We have experienced the passing of many public figures as of late...but this one hits different. He was born the same year as me, 1978. We have watched him progress in real time, and he has always been at the forefront of my generation's experiences.

Yes, I miss Whitney, and Michael, Prince, and even Nipsey. Tupac and Biggie...we have had other "celebrities"/public figures pass away for various reasons, and most of the incidents have been heartbreaking. Before their time. Whether they are celebrities or "common folk"...death is never an easy road to navigate. We're not talking about family, or a personal friend here...but we are talking about someone who has had the blessing of influence, and mass appeal, and someone who possesses exceptionally transformational gifts. And for that reason, we mourn. Openly. 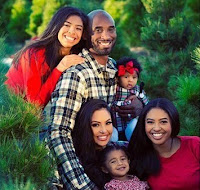 I'm a Kobe fan. I've been a Kobe fan for a while. I have made concerted efforts to attend Lakers games whenever possible, and I have loved every minute of them. For example, this is a clip I took on my old Kodak camera when I attended my first Lakers game, at the Air Canada Centre almost ten years ago to the date: January 24, 2010.

Last night I went through my old photos, and video clips of my encounters with my second favourite NBA team (hometown Raptors first), and I was feeling blessed that I was able to witness greatness live. That type of experience means a lot to me: the energy is tangible to me. I've included a few of those video clips within this post.

Often viewing circumstances through the lens of history, I knew that while in the moment it may have been just another basketball game, I can now see that these casual captures will go down in my memories as significant cultural moments. I am grateful for that.

I am equally grateful for this video I saw this morning, of Kobe playing the piano:

I am grateful for the lessons that Kobe's life has presented to me, to the culture, to young men, and to athletes and professionals, and supporters everywhere. That being said, I read a Tweet today where Kendrick Perkins declared: "What Would Kobe Do?" as a framework for behaviour.

My new motto with everything is, What Would Kobe do? He’d want us to focus more on the loss of his daughter. He’d want us to get past differences with our brothers and move on. He’d never want the game to be cancelled or be stopped. He’d want us to keep going! #RIPKOBE🙏🏾🙏🏾🙏🏾
— Kendrick Perkins (@KendrickPerkins) January 27, 2020

It made me think about leadership, and how many public figures there are for people to look up to respectfully, emulate progressive behaviour, and learn and improve their lives simply by association, whether in person or virtually. I felt proud knowing that Kobe is one of those public figures. He is someone who has already been written into history as a trailblazer and expert of his craft.

I felt proud realizing that his example is a blessing to all of us, and that he will live on in the behaviours and work acumen of those who have observed him and witnessed his evolution from a teenage prodigy to a 41-year-old doting father of four, and family man.


What else can we all learn from the tragic experience of Kobe's passing?

That it's OK to cry. I've seen more grown black men openly shed tears over these past 24 hours than I probably have ever seen in my life. That's big. This event is hurtful, and painful, and it makes no sense, and it's difficult to understand...and it has evoked many, many tears. These men are crying because Kobe lost his life far too soon. They are crying because he was someone that they could look up to, and strive to emulate in behaviour and dedication. They are crying because he represented something great in the NBA, and he lived fairly humbly and respectfully. He wasn't out in the clubs and playing around on social media...he was working. Hard. These men cried because Kobe was a visual representation of the best of "us"...and we all knew it. We felt it. In a world of assholes, jerks, and narcissistic fools, it was nice to see someone confident and proud who worked hard for and deserved every accolade and title of praise he received. We are all crying, because he was an amazing blueprint of hard work and excellent results.

We can also learn a thing or two about that hard work. Kobe went in! Kobe was focused. He was dedicated. He was a perfectionist. There was a time when it was almost a character flaw in the media, because he was so darn great. Borderline cocky with it, but rightfully so. He was the best, and that was that. He was skilled, and there was no doubt. We can all learn about having an impeccable work ethic, and being your own competitor. Coming second best to no one, and continuing to still strive to be better. He was the epitome of focus and striving for excellence. We observed this, and we have seen his work pay off. Repeatedly.

Kobe has taught us all about loyalty. I love nothing more than the fact that he stayed with the Lakers from the beginning to the end of his career. He never looked around and entertained better options. He kept his eyes in the Staples Centre, he focused on his position in Los Angeles as a team leader, and as an industry professional. He was committed to his team, his teammates, and he was willing to do whatever he had to do to make his team excellent. Some may not agree with his methods, and surely there were years when the challenges were great and the outcomes were sparse...but he never jumped ship. He never switched sides. He was loyal to the end, and I respected that so much about Kobe. He is synonymous with the Lakers brand/organization, and there are few players we can really say that about anymore. He was maybe the last of his kind, in that respect.

Kobe has reminded us about our own legacy. It's something we should think about often: what our God-given purpose is in life, and how best we can utilize our individual gifts to serve others and improve our surroundings. This is a reminder that life is not promised. At 41 he just barely stepped into the second phase of his career...who knows what types of brilliance would have emerged from his orbit. Particularly where his daughter Gigi and her basketball career were concerned. I was already speculating about changes to the WNBA and the strides they would make for female athletes in the league. Hopefully, the spirit of these changes will continue, and his family and peers will continue the good work in that area. 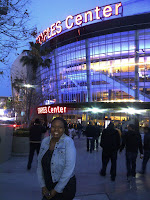 Overall, the message of "What would Kobe do?" is a great acknowledgement that his example is one to be admired. One to emulate. And one to be proud of. Yes, he's had his mess ups. He isn't perfect...this goes without saying. But what he did do was show us a unique set of skills and a unique strength of character that we can all look to as a blueprint for success, and an example of dedication. What we can do is use his life and his tangible examples as a means to improving our own lives, our own careers, and our own legacy.

Rest in peace, and thank you Kobe.