Book Review: "Midnight And The Meaning of Love" by Sister Souljah

This book. I swear.

If I didn't remember what literary inspiration felt like...author extraordinaire Sister Souljah reminded me yesterday when I finished reading her novel "Midnight and the Meaning of Love." I felt great. Refreshed. Pensive. Motivated. Thankful. I probably sat silent for a good 15 minutes after reading the last words, just taking in the essence of the story, the power of her words, and the extreme level of gratitude for the fact that I was able to read a novel that would make me seriously consider the effect of my own words and my intentions as an author. It doesn't happen often.

Last year I wrote a review of Midnight (A Gangster Love Story), and in re-reading the review, I've remembered that her previous books had the exact same effect on me when I finished reading them. My feelings were similar, and my praise was echoed. This is her standard: greatness. Every time.

If the characters Midnight and Akemi inspired me last time with their love story...this book took my admiration to a whole other level. I have never read a character as strong as Midnight: mentally, physically, and spiritually. The way Sister Souljah has created this young Sudanese-American man with total integrity makes it difficult to understand why someone would choose to be any other way. Rooted in the disciplines of Islam, in martial arts, and in his family, Midnight is a prototype for a "strong man," caregiver, protector, and head of the family. And he still has not even reached the age of 20.

The character of the young Japanese wife of Midnight--Akemi--is so pure, so creative and genuine in her emotions that it provides a clear example of love. Authentic love, and the power of love as a raw emotion. Sister Souljah's descriptions of Akemi make you realize exactly why Midnight loves her, and literally travels the world to save her from her father (Naoko Nakamura) who has kidnapped her and brought her back to her native land.


The introduction of a new character to the story, the Japanese/African Chiasa, was an interesting surprise, and brought forth a unique outcome as she became integrated into the lives of Midnight and Akemi through translation, through comraderie, and her shared skills and training with Midnight. 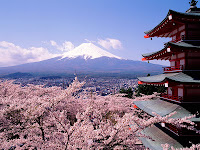 So while "Midnight (A Gangster Love Story)" was indeed a great love story, this follow-up novel provided a different kind of enlightenment. I think what moved me most about reading this book was how much I was learning about various cultures, and how I truly felt as though I too were exploring the mountains of Japan, and the streets of Korea. I felt as though I too were fasting for Ramadan, and forcing myself to think like a ninja and be ultra-conscious of my surroundings and the movements around me.

These characters were so strong in their convictions, their actions, and their religion. So dedicated to their families. So tied to their culture. I was fascinated. From beginning to end.

What really caught me too was the intense look at Japanese culture, and even an introduction to Korean culture. I felt like I was there. And for the first time ever, I felt like I actually wanted to BE there. Her descriptions were so vivid, from the long flight, to the airport, and the specific details of the sounds, sights, and even smells of each city within Japan fascinated me beyond. Sister Souljah has this amazing ability to draw you into her books and into her world, and even something as unfamiliar as Asia no longer seemed like a place I didn't understand or couldn't relate to. In her descriptions, she made me want to learn for myself, and see and feel for myself. 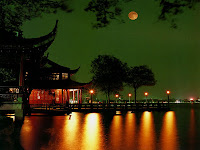 Man! Sister Souljah went hard. Into everything. Like a good writer should. And it's not just the intense level of research, understanding, and descrptions that moved me...it was her choice of words. The flow of the story. The tone. The pace and composition of the sentences. The length of the book. The careful thought and planning that it took to construct Midnight's quest, and the details and intricacies of the story line. Everything!

It was never obvious. As much as it was a novel, and a quest, and a mission of love...at no point was I able to predict or pre-determine what might happen, what could happen, or what should happen. I allowed this writer to take me on the journey with full trust that I would not be disappointed with where she was leading me. 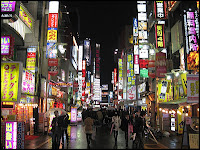 It gave me chills, because as a writer...that is your mission. To make your reader FEEL something. Whether it's self-reflection, enlightenment, or even just the pleasure of being lost in a fictional world...this book was fantastic on so many levels.

I'm gonna go back and read "The Coldest Winter Ever" and put together the pieces that I've now learned while reading the prequels to her original tale. I'll wait patiently until January when her next book is released, based on Portia Santiago!

I have a feeling that the Midnight series has another good 3-5 books forthcoming...I want to know what happens when Midnight, Akemi, and Chiasa return to New York. I want to see the relationships mature into adulthood. I want to see Midnight's younger sister Naja grow up, and develop in her brother's teachings. I want to see how the harsh environment of New York affects Akemi, and if Chiasa is brave enough to battle the every day nuisances of the city. While this book was complete on it's own...the characters were so powerful that I'm sure Sister Souljah will not allow her readers to miss a moment of their life's journey.

Labels: Midnight and the Meaning of Love, Sister Souljah

Swizz Beatz ~ This Man is on Fire!

I know his name. I know his face. I know he's married to Alicia Keys. I know he's one of hip hop's top producers...but that's about it. That was as far my knowledge of Swizz Beatz went, until the other night when I watched a Breakfast Club interview on YouTube, and was pleasantly surprised to hear about just how deep this brother's repetoire goes.

And I'm not talking about the producing. I mean, it's definitely worth mentioning. What's not to celebrate about "Jigga My Nigga" by Jay-Z, "Love is Blind" by Eve, the classic "Ruff Ryders Anthem" from DMX, or even "Fancy" by Drake? What's not to praise for a man that has created some of hip hop's sickest beats and worked with practically every legendary artist in the game, in his young lifetime?

At 34-years-old, Kasseem David Dean is the true definition of a Renaissance man, and while the hip hop community has known his talents for decades now, he is firmly planting roots in other avenues like art and design, and setting up a great foundation for an extended career in expanding his brand, and helping to introduce his community to a broader range of expression.

From his first compilation album in 2002, to producing hot tracks for the hottest artists from every major record lable, Swizz was at the top of his game at the same time hip hop was hottest, commercially. Music aside, in 2006 Swizz became a partner in Kidrobot art toys and clothes, in 2010 he started a sneaker line with Reebok, and last year he became a creative director with Lotus Cars.

Did I mention the brother is also an artist? Literally...he paints. And he donates the proceeds of his paintings to support a Children's Cancer and Blood fund. In fact, he's the go-to guy in the hip hop world when it comes to the fine arts, often giving advice on paintings and such to the likes of Diddy and others. He is so influenced by the visual arts that he incorporates various prints into the design of his Reeboks.

In an article in the prestigious New York Times last week, Swizz professed that he wants to be the representative of his generation to "show them that there are so many more things that we can do out here to move this world to a forward-thinking place."

This is what it's all about, I figure. I love watching a "community" grow up, find it's strengths, and expand it's powers. I've mentioned Russell Simmons, Tyrese, and the numerous authors, filmmakers, and others of the "hip hop generation" who are actively pursuing a life of public service, striving to raise public awareness, and most importantly, building important legacies of family, business, and culture.

It's a beautiful thing to see people doing what they love, and taking opportunities that start out on one level, and catapulting their brand and efforts to an entirely different stratosphere! There's no doubt that Swizz has come a long way from days growing up in the South Bronx, to even the days when he started working with his uncles at Ruff Ryder. I have to commend him for not only being consistently hot (albeit under the radar at times), but also definitely original.

For example, for the 2010-2011 academic year, he was appointed the first ever Producer-In-Residence at New York University. Last month, he was named the first Global Ambassador for New York City's public hospitals system.

Innovative is an understatement. 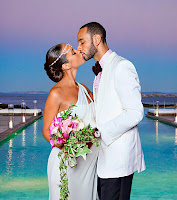 We all know of his wife Alicia Keys' classic music, and equally commendable charitable works, and it's only natural that the two spiritual forces would unite to form a family. Married in the summer of 2010 in Corsica (in a ceremony led by the infamous Deepak Chopra), the two welcomed their baby boy Egypt Daoud Ibarr Dean into the world shortly after, in the fall of the same year. The first child for Ms. Keys and the fourth for Swizz, Egypt is the heir to a combination of social riches and artistic talents.

I haven't followed this brother closely throughout his career, but he's definitely on my radar now. I'm sooooo over the empty artist just trying to make a dollar, flaunt that dollar, and barely think about how their fortunate position in life is going to benefit greater mankind. Yeah, I'll listen to the music and appreciate the value of their talent...but what really moves me is someone like Swizz. Someone doing MORE...when he doesn't have to. He has inspired me.

It's crazy how much hip hop has grown. Could you imagine even thinking it would go this far? I watched Barack Obama and Mitt Romney last night in the first of three scheduled pre-election presidential debates and still had to smile. Because one day you wake up, and things you never thought were possible...are suddenly possible. Things that others just a decade or two ago could have never imagined, are simply commonplace right now.

So when I think about musicians outta The Bronx, just like Swizz, learning and developing an art form...and then think of the icons like Swizz and company, and how they are now full-fledged businessmen, intelligent leaders, and in his case still filled with humility and drive...I am confident. I feel confident knowing that the youth have a variety of role models to emulate. And not because they are "just" rappers, or "just" athletes, or "just" R&B singers, but because they have taken their window of opportunity and turned it into a growing legacy.

I love to see this, and love to see that as we age along with the hip hop generation and urban entertainment community, that the minds and activities and actions of our peers are aging as well. Growing. Developing, and contributing to society in a way that makes me proud.

It's a good feeling.