Navigating the publishing industry in Canada has been an exciting adventure for me, and I have Ryerson University to thank for giving me knowledge in this area, and contributing to the development of Kya Publishing. The article below was featured in Ryerson University's Perfect Bound magazine, outlining my first-person experiences as a distance education student.

Special thanks to the editor Angela Walcott for always being so positive and supportive!

Posted by Stacey Marie Robinson at 10:26 AM 2 comments: 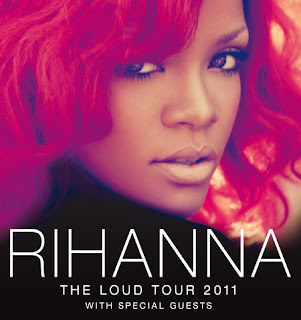 I love a good concert. I love to hear familiar songs live. I love to see familiar artists do unfamiliar things. I love the creative energy, the lighting, the cheers, and the anticipation of a live show. If it's an artist I really love, I'll see them every time they come to town: regardless. For Rihanna, it was my first time seeing her in the flesh.

Rihanna's "Loud" tour hit Toronto's Air Canada Centre on Monday, June 6 for one of two shows the red-headed vocalist would be performing in T.O. Seated up in the 300's, I was still able to take in the best of the performances.

This girl can really sing! Despite the hairstyles, the dancing, and the other distracting "star quality" factors that Ms. Fenty possesses, little is ever said about this lady's voice. Even in live TV show performances you can't really appreciate the vocals of the Bajan pop singer. But live...it's evident that her talent is overwhelming. 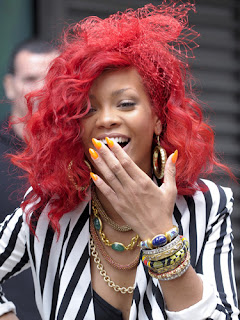 She has the kind of voice that is definitely unique...it's got a quality and tone to it that may not be for everyone, but Rihanna hit all her notes, sang and danced simultaneously, and kept a smile on her face throughout the two-hour set as she belted out all of her hits that we've grown to know and love.

And so many hits there are! You almost forget just how long Rihanna has been pushing out tracks. Year after year, her songs have topped the charts in a fashion only comparable to the likes of Madonna, Janet Jackson, or Mariah Carey. Even Beyonce and Lady Gaga haven't come close to Rihanna's chart-topping successes.

Opening with J Cole and B.O.B. was a nice move. Smooth, great vibe, and familiar tracks to get everyone ready for the headlining performance. A surprise appearance by Toronto's own Melanie Fiona was a nice addition, as she joined B.O.B. for his performance of "Airplanes." I was hoping to catch Cee Lo Green as the opening act...but he was only signed up for the Tuesday edition of Rihanna's stop in Toronto. 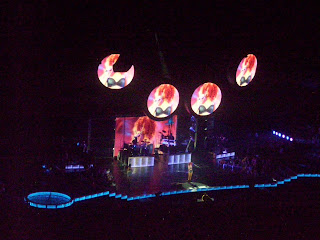 Nonetheless, the additional artists were appreciated. And we all saw Drake. We saw him come in, followed by a long line of bodyguards and a moving mass of hundreds of fans clamouring to get near to him and snap even a faraway pic. Drake was seated in VIP, schmoozing with the fans and J Cole, where he rested comfortably for most of the night.

At one point we all saw him get up, we saw the guards escort him out to what we were SURE was backstage so he could get up there to perform "What's My Name" with Rihanna. But the song came and went...and Drake was never to be seen again. Would have been a nice addition...but was still a great show without him.

The fans didn't have to want for anything. She came on just after 9:30pm, and performed straight through to 11:30pm. A full set of all her songs. The costumes were fabulous, the dancers were great. The lighting and video were spectacular, and most importantly, the energy was high from beginning to end. 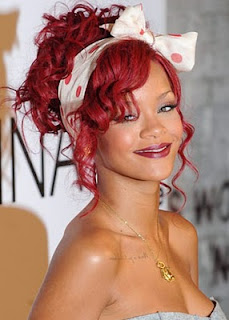 I felt proud of her. I don't know her, and don't pretend to know what goes on in her mind or with the intention of her team, but I do think that she has done a good job sustaining a successful career thus far. I think she's maintained the pop princess persona to perfection.

It's always nice to see a woman doing her thing. Yes, we don't know "much" about Rihanna as a person. But at age 23, chances are she may not even know much herself. Like other public figures we've seen grow, learn, and develop over the years, I hope that she has the opportunity to continue to be a positive figure for those watching her, and continue to grown in her craft.

Like anyone else, she deserves the best. It was nice to see her in a happy place, with a smile on her face, and to see the love easily projected back to her from the thousands of fans in attendance.

Here's a video clip from the Monday night show: