Movie Review: Sex and the City 2

I love Sex and the City...the TV show. I love Carrie, Miranda, Charlotte, and Samantha. I love how they think, how they interact, and of course what they wear! Sex and the City has meant so much to so many women. That's why it was disappointing that the storyline of Sex and the City 2, the movie, didn't do the ladies, their men, or their lives, any justice. 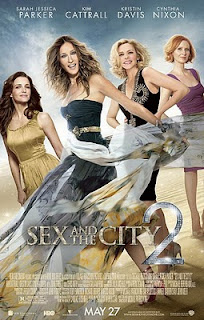 We don't want our favourite characters to get into conflict, but as any story-writer or movie-watcher knows, good conflict is necessary for character growth, development, and well...entertainment.

I found myself glad to be watching the ladies again, however, still feeling like I didn't get the point of what I was watching.

The opening wedding scene was beautiful, the landscape in the Middle East was beautiful. The shoes and the outfits were fabulous, as expected. But what good are fancy clothes and exotic locations without a good plot?

Without giving the events away, I will say that:

1) The ladies were not faced with any significant challenges, and the challenges they did have were neatly and quickly resolved. In fact, a single regular-season episode contained more grit and mystery than this entire 2 hour movie did!

2) The men had little to do with the storyline. Yes, they were there: Smith, Big, Harry, and Steve, looking good...but having little action. Even Aidan was there, but his appearance was a little unrealistic and not as juicy as it could have been. While Big did have a significant role in the film, it still seemed like all the years and hours and countless discussions about these complicated relationships and complicated men...left them boring, with no controversy, and really, no purpose.

3) The group co-dependence was a little disturbing. It was cute and endearing ten years ago, but after marriage, children, and well, adulthood, I actually found it a little weird that grown-ass women would STILL run to each other minutes after an encounter to get opinions, advice, and feedback from one another. Yes, I realize that "girl talk" and "sisterhood" and "advice" is kind of the theme and point of Sex and the City...but after a marriage and being in an established relationship for a few years, I would hope that maybe they would have a bit more security in their actions and their partners. It felt like all those years of growth on the television show left them silly and erratic...yes, they will be best friends for life...but have they not learned to at least make their own decisions yet?

I took this photo of the SATC billboard in Times Square on May 24th, 2010. 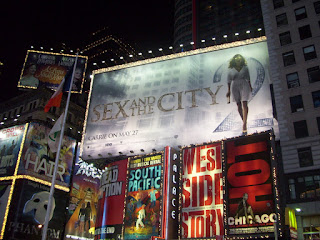 The best part about the movie was the anticipation, knowing that I would be going to see it with two of my best friends while on vacation.

The highlight of the experience wasn't actually viewing the movie, but instead walking out of the theatre into the hot and humid Miami heat (even at 2am!) at the AMC Theatre at the gorgeous Adventura Mall in South Florida. The palm trees, the smell of the ocean, the tropical breeze, and the pretty lights on the buildings around me.

The movie flopped, but I still enjoyed this stage in the life-long Sex and the City experience--especially knowing that I was able to experience the movie with friends, discuss it at length...and know that we'd wake up the next morning and watch the classic Sex and the City reruns that NEVER disappointed, with 100% satisfaction.
Posted by Stacey Marie Robinson at 10:33 AM No comments: 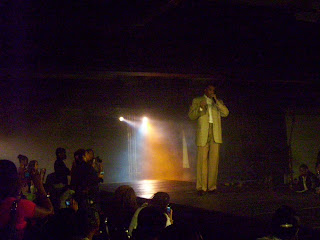 The Toronto Revellers released their costumes for the 2010 Caribana parade, last night (Saturday, May 8) at Everest Banquet Hall in Scarborough. This year's theme "Disco Fever" included colourful patterns, plenty of silver beads, disco balls, and music of the 70s, as the models displayed the selection of ensembles for Jamaal Magloire's (above) team of masqueraders.

Ain't no stoppin us now!

For registration information and official photos, please visit the Revellers' website at http://www.torontorevellers.com/.

Here are the highlights of each song-themed section: 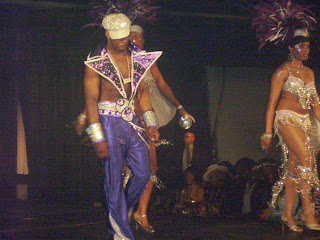 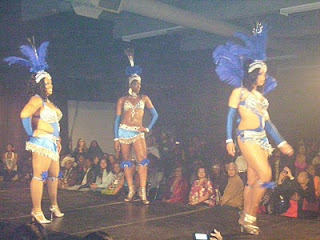 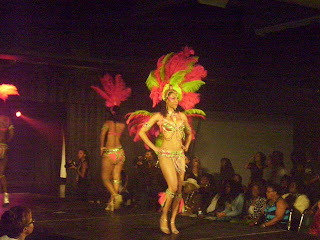 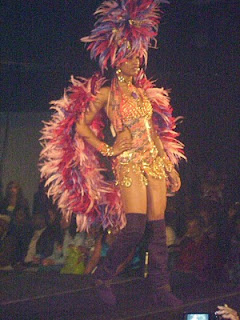 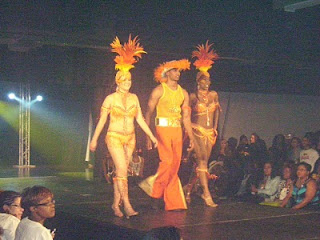 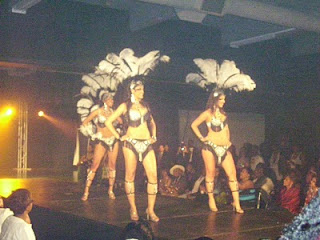 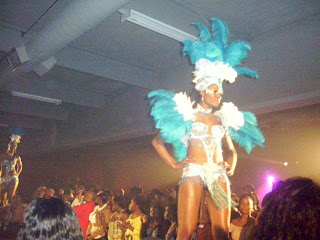 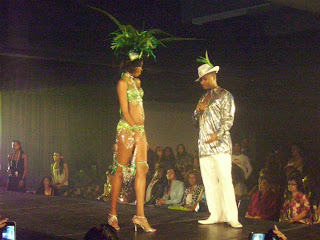 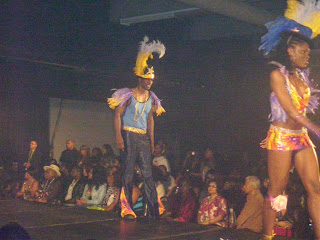 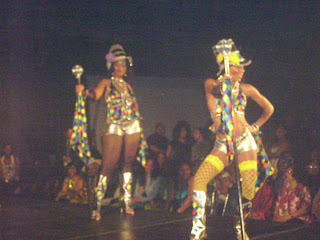 Posted by Stacey Marie Robinson at 10:16 PM No comments: