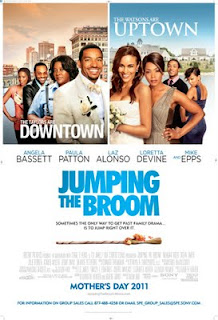 I'll be the first to admit that my taste in movies is very simple: I like to laugh, I like to see reality, I like a little bit of drama (nothing too over-the-top or complicated) and I love a good "black" movie.

Now, to classify Jumping the Broom as a "black" movie is not to take away from its writing, direction, production, or the crazy star power that made this film a hit. In fact, as a film with any other race and the same general plot and hilarity...it would have remained a good film.

But as a writer, and an as an official connoisseur of "'black" movies...I really just love the familiarity of it all. Even the stereotypes (at times), the predictability of it (often), and especially the faces (always). 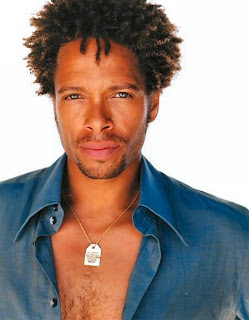 I've grown up watching Angela Bassett on screen. Loretta Devine, and even the younger cast members Meagan Good and Paula Patton. I've seen Lil Romeo practically as a toddler, so of course it's hilarious to see him flirting on-screen with Tasha Smith (of "Why Did I Get Married") and of course it's nice to see the other eye candy brothers like Gary Dourdan--that we've all had a crush on since "A Different World"--funny men DeRay Davis and Mike Epps, and of course our new favourite, Pooch Hall from BET's "The Game." 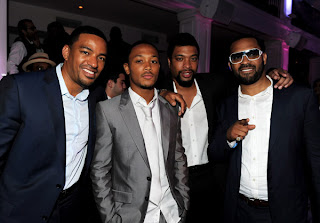 It's strange, because the on-screen family almost begins to feel like real family because every black movie has the same alternating cast members...but that's OK. It's OK to refer to them as "Derwin" or "Shazaa" and to chuckle almost instantly when Loretta Devine comes on the screen. The movie almost could have done no wrong because we already like the people. We know the people. We want the people to do well.

Jumping the Broom is a wedding story gone wrong. Paula Patton's character (Sabrina Watson) and her high-class mother (Bassett) prepare for the nuptuals of the young couple, after a six month courtship. The groom (Jason Taylor) played by Laz Alonso, is a pleasant professional brother...yet Sabrina hasn't had the opportunity to meet his family. 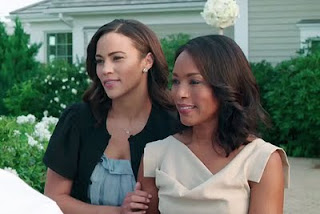 The wedding preparations are made, friends and family are arriving in Martha's Vineyard for the celebration...and of course. Oh oh. Jason's family is ghetto.

Again...give me a predictable plot, character actors like Epps and Davis who just have to shoot an off-camera glare to get a few laughs, and I'm good! There is a fine line between cheesy and ridiculous...and actual good writing, and I do think this movie was written well.

Produced by T.D. Jakes, Curtis Wallace, and Tracey Edmonds, and directed by Salim Akil (of The Game, Girlfriends, and Soulfood TV series), I think the production team overall had a great grasp of African-American culture, and also just plain old American culture. Two families meeting for the first time. Anxiety. Doubts. Family secrets. Love affairs. It was all there, and it was all done with class.

The movie was given favourable reviews almost across the board by entertainment reporters, major dailies, and even Roger Ebert gave it a "B" grade.

I love to see that the actors of this film have managed to sustain careers in Hollywood, and continue to find roles in movies like Jumping the Broom that really touch a cultural chord with many, as well as tell a nice story for an afternoon out at the theatre. 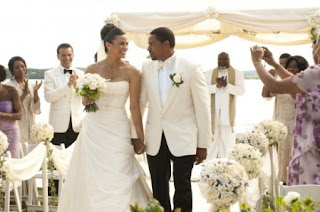 But most importantly, there is a comfort in this expression. I love that the "black" movie is no longer a "black" movie about "black" things. It's just a prodominantly "black" cast...telling really and truly, what is a universal story.

As a writer I TRULY appreciate these on-screen representations of everyday occurences, because it reinforces to me the power of that cultural recognition and how important it continues to be on screen, on the news, in the classroom, and also in literature. Even if the subject is just simply "being" without political discourse or deliberate messages...just in their being are they representing something significant. The ability to comfortably exist.

As I mentioned, there's a moment in the film when we are first introduced to Loretta Devine as Mrs. Taylor, and the theatre audience immediately burst into laughter. Not at what she says or what she does...but simply by just looking at her character, the hair, the clothing, the actions, the facial expressions, and just instantly connecting with what exactly is about to go down.

Then you see Shonda (Tasha Smith), Mrs. Taylor's best friend, and chuckle again. You remember her from "Why Did I Get Married" and how she MADE that movie funny. Bring in Mike Epps with his shades and cigarette. Funny sh**. DeRay Davis: jokes. I appreciate what these actors mean to popular culture so much.

Truth be told, I would have liked to see more from Epps and Davis. A few more jokes, a little bit more character development, and a contribution to the movie that went beyond their appearance and gestures. I know they are funny, and wish I could have seen more of their talent. 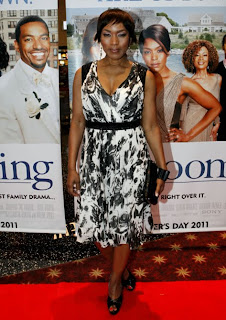 I don't get inspired to see movies often, but this was an opportunity I appreciated. It's not a blockbuster hit or a suspenseful edge-of-your-seat screenplay, but it touched my heart, it made me smile, and it made me feel almost proud of the actors who have carved a role in our culture doing what they do, and making us recognize and celebrate a little bit of ourselves (good and bad) through their characters.

I'm sure herein lies the very reason they have continued to be actors, after all these years.

Caribana 2011 with the Toronto Revellers - "Welcome to Oz" 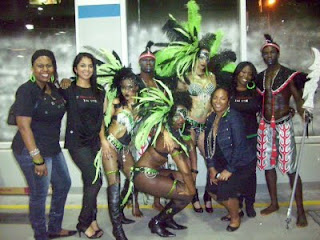 The Wizard of Oz is one of my all time favourite movies. So when I discovered that the Toronto Revellers' Caribana theme for 2011 was going to be "Welcome to Oz" I was beyond ecstatic.

I've played mas with the Revellers since 2007, and truly believe it is the "people's band"...in fact, I believed in the vibes and experience of the Revellers so much, that along with 3 other friends (Cherr Evans, Candice Dixon, and Sonia Bhatia) I decided to take on the challenge of being a section leader this year.

After a huge learning curve, many many late nights and all-nighters, and the support of the Toronto Revellers' team, we have finally developed a costume that we are in love with.

Video of us preparing our prototype in the months leading up to May 2011. 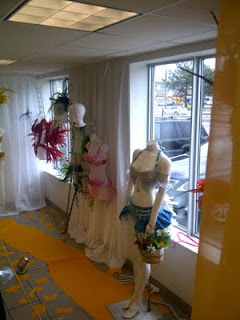 Our section "Wicked" has been a project of passion, and as of yesterday, Friday, May 6, 2011, the Toronto Revellers mas camp (or home base) is now open to the public to view the costumes, and sign up to participate in the parade.

Located at 2135 Sheppard Avenue East, the mas camp now has a cute-ass display of the "Welcome to Oz" costumes...and as you follow the yellow brick road around the showroom, you'll be captivated by costumes ranging from "Ruby" (slippers), to "Heartless" (tin man), to "Dorothy"...and of course our baby, "Wicked" (witch of the west).

There are 14 sections in total, in our Emerald City. They are:

Overall, I think the Revellers have done a fabulous job this year. Yes, I am completely biased...but yes, there is good reason for my opinion. I think the original designs, the section consistency, the great interpretation of the theme, and of course the spirit of the production, will make this a successful year for the Toronto Revellers.

If you weren't able to make it out to the Toronto Revellers band launch last weekend (Saturday, April 30), here's video of all of the above-mentioned costumes on display for the on-stage presentation.


To see behind the scenes footage of the "Wicked" & "Winkie Guards photoshoot, check out the video below.


So yes it's still May, yes you still need your jacket to go outside, and yes...we haven't even hit the Victoria Day long weekend yet, let alone Canada Day or any other Canadian summer milestones...but you better believe that Caribana is already in full swing.

I have loved this experience thus far, because it brings the Caribana spirit to life for more than just a few weeks. By participating as a section leader we're able to enjoy the build up, take in the music, fabrics, and festivities, and really and truly appreciate the experience on the road when July 30 rolls around.

But in the meanwhile....we cut, we glue, we bead, we measure, we meet with the ladies joining our section and we prepare. I have a feeling this might be my best Caribana yet!
Posted by Stacey Marie Robinson at 8:25 AM No comments: