Black History Month Reflection - Black Writers Who Have Influenced Me

Black History Month has new significance to me each year. This particular Black History Month, 2011, I would like to pay hommage to the Black Writers who have influenced and inspired me with their words through the various stages of my growth as a writer.

Inspiration is a difficult thing to describe--but something I can't deny when I feel it. Whether it comes from music, a conversation, an observation, or deliberate instruction, inspiration as a writer is the moving spirit that leads you directly to the nearest computer, notepad, or BlackBerry to jot down your thoughts and your plan to develop them.

As a writer, I seldom have a specific method to my literary madness. There's no set writing "time," writing "place," or writing "process." When the inspiration hits me...I write.

And so I often find myself seeking inspiration in experiences: concerts, travel, music, productions, new friendships, or by witnessing the legacies and creations of those writers who came before me. 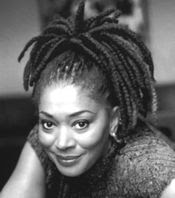 (1992-1996 - high school) - During this stage of my life, I began to share my writing with others for the first time. After years of writing for hobby, I felt it was time to print and disseminate my words to my peers and classmates.


After reading Terry McMillan's novel Mama, I felt an instant connection to her mission. She was writing from the soul, she was writing in her native cadence, and she was unapologetic about the natural flow and mannerisms of her characters. Up until that point I had been "trying" to make my characters sound and act a particular way.

Terry McMillan influenced me to just be me. To write from a place of experience, to write in the dialect and "Canadian-ness" of my surroundings, and to do so without hesitation.

McMillan, a journalism major from UC Berkeley, self-published her first novel, and through interactions with the Harlem Writer's Guild and various granting and scholarship programs, gained the recognition from Doubleday agent Molly Friedrich, who assisted her on her journey to becoming a best-selling author.


Her stories have spoke to women everywhere. From Waiting to Exhale, How Stella Got Her Groove Back, and her most recent book, Getting to Happy, her strong female characters have inspired self-liberation, blockbuster movies, and mass-pilgrammages to Jamaica looking for love.

What I love about Terry McMillan is that she is who she is. Her courage to just BE, allows me to also let go of my apprehensions and allow my writing to speak as it is intended: in it's natural form. 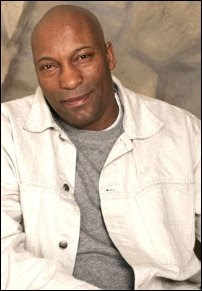 (1997-2001 - university) - I love Boyz in the Hood, Higher Learning, Poetic Justice, and Baby Boy because they defined an era of popular black films. Screenwriter and filmmaker John Singleton, helped to frame our perception of ourselves (as young blacks) and also gave society a glimpse into the lifestyles of this demographic.
From the hard gangster living, to the vulnerable romantic escapades, Singleton brought reality to the screen in a way that was refreshing and appreciated.
A graduate of USC film school, Singleton was nominated at the Academy Awards for his direction and writing in Boyz in the Hood, now a classic 'black' film, and 90's pop culture staple.
While his peer Spike Lee tended to be more political and deliberate with his on-screen depictions of African-Americans, Singleton approached the subject with a lens of normalcy. Showing his characters in everyday scenarios, yet still infusing his projects with understated political commentary, and evidence of self-growth and understanding.
Singleton's movies continue to be some of my favourites of all times. It was so refreshing to see young black relationships, friendships, academics, and storylines on the big screen, and the self-reflection played a huge role in how I wanted my writing to feel. I wanted it to feel natural. I wanted it to feel every day...yet I wanted there to be a greater message of understanding at its core.
Singleton's era of filmmaking was legendary, and ushered in the opportunity for others to make the less-political black narrative/commentary. 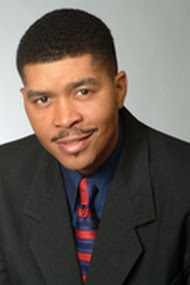 OMAR TYREE, Novelist
(2002-2006 - graduate school) - Once I had established a comfortable writing tone, I was still exploring the subject matters I would embrace in my story-telling. A writer of interpersonal relationships stories in general, I still could not avoid my love for music and entertainment.
Reading two novels by Omar Tyree, Diary of a Groupie, and my favourite book, Just Say No, I read how he brought life to the entertainment industry, to the R&B/performer's lifestyle, and I absolutely loved it! This was direct inspiration for my novel Request to Rewind where I explored the Toronto entertainment industry, specifcally, and realized that my books didn't have to necessarily just focus on relationships, but there was also a way to write about an experience, a feeling, and a sound, like Omar Tyree had through his characters in these two novels.
Those two particular books piqued my interest, however, many fell in love with Flyy Girl, and For the Love of Money, Tyree classics. With his 16 books, various articles, and NAACP Image Award, Tyree is a popular voice and mind of understanding the contemporary African-American. One of the legends of the "urban fiction" genre, he also studied journalism, and explores his writing to genres of songwriting, screenwriting, and is even now venturing into urban children's books. 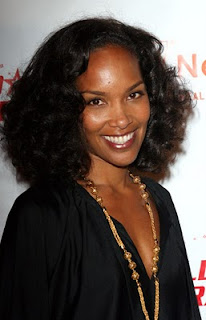 (2007 - present) - I love a good story, and will be the first to admit that it doesn't have to come in the form of a novel. I love a good movie, and a good television story as well. And while it may seem unnecessary to specific race in the telling of said stories...I also will admit that I truly appreciate a good story about black characters.
And with the above-mentioned writers, I particularly love that the character's "blackness" does not necessarily have to be an important element of the story. I just love to read/see a good story told...through the "black" experience.
We have all seem Mara Brock Akil's work, whether we realize it or not. She has been the writing force behind many of our favourite television shows with majority black casts. Do you remember South Central, based off the movie of the same name? Or how about the classic Jamie Foxx Show, and Brandy's Moesha? Good television.
Brock Akil also happens to be the creator and writer of recent classics: Girlfriends, and the newly rejuvinated, The Game. Be it comedy or drama, Brock Akil has a brilliantly natural writing style. She builds great characters, depicts a specifically African-American experience, yet again, does not overtly make the stories "black" or particularly ethnic in nature.
The ease with which she writes has inspired me. She creates realistic storylines, believable emotions, and likeable characters, all while still contributing to the increasing visual presence of blacks on television. Through her I have realized that while ethnicity is important for visibility, documentation, and celebration...it doesn't have to THE reason why the story is relevant. Individuals of all races can relate to her programming.
And while these four writers may stand out the most to me, in terms of inspiration for my own story writing, there are MANY others who have influenced and motivated me along my journey: 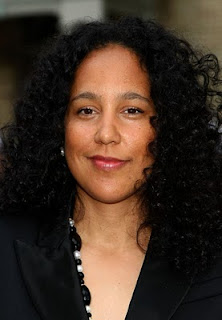 Gina Prince-Bythewood (writer on TV's A Different World, and of the movie Love & Basketball) 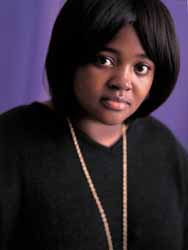 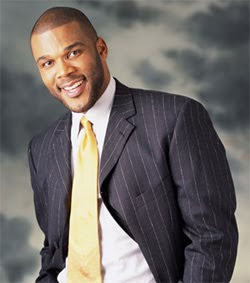 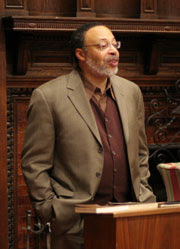 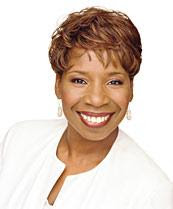 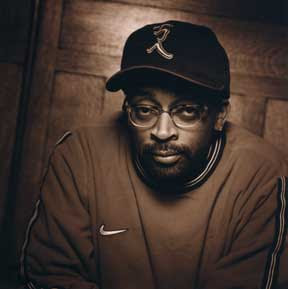 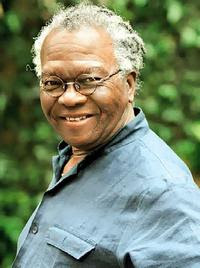 
So this Black History Month, I am thankful for the black writers who have moved me with their words, contributed to contemporary black culture with their thoughts and productions, and most importantly, given me the courage to pursue my own career in writing.

As with many writers I'm sure, sometimes you don't know why you have been called to write. Most of the time, it's because you have no choice. The words and characters just come to you, and your only option is to give them life on the pages of your computer screen.

I appreciate that the writers I admire chose to follow their instincts and pursue a life of writing, because they have ignited something within me that validates my need to write, my passion for characters and story, and most importantly...the necessity to document our culture--Canadian, Black, or otherwise--and share our experiences and epiphanies.
Posted by Stacey Marie Robinson at 1:27 PM 1 comment: