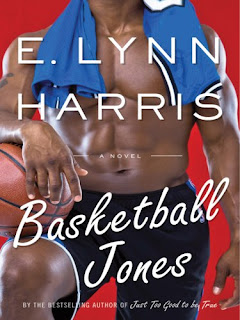 A true love story always reminds me that no matter what the circumstances are financially, geographically, racially, logically or otherwise...that when you're in love, you're in love. The obstacles may vary, but the feeling never changes.

With fictional NBA star Drayton Jones and his undercover lover, Aldridge James (AJ) Richardson, their relationship is a complicated web of money, deceit, fame, and a deep-rooted bond that began when the two men were university students. While AJ has always been comfortable with his sexuality and devoted to Dray, Dray was always hesitant to make their situation public knowledge.

AJ supported Dray consistently throughout his college athletic career, all the way up to the NBA, and as a result Dray made sure to take care of him...from a distance. Given the finest homes, clothing, opportunity, and money, AJ was happy being a "kept" man, living his life as a part-time interior decorator, and full-time companion to Dray.

While it seems that AJ has it made, living a life of shopping for Dray and himself, staying in the finest hotels for post-game romance, and still maintaining his anonymity, it's not until Dray decides to hook up with a female and "stabalize" his public image that their relationship starts to change.

And like every other love story, AJ must decide how strong his love for Dray is...if he's willing to stay a secret and suppress his feelings for the sake of Dray's family and career...of if he's going to stand up for himself against the lies, the inevitable gossip, and the people in his circle who are curious to find out the truth about his lavish lifestyle. 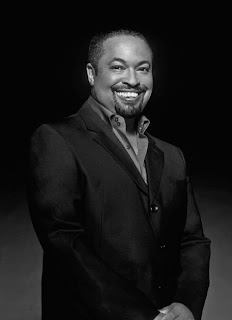 Written by the late E. Lynn Harris (who just passed away in July of 2009 due to heart disease), "Basketball Jones" is a gritty look into the African-American homosexual community, as the story travels around the southern U.S. from Atlanta to New Orleans, highlighting some of the trends, the stereotypes, and the intricacies of this world.

Likewise, the novel also takes a look at the lifestyles of the rich and famous, the benefits and the realities of professional athletes, and the interesting way in which these two distinct networks intercept.

It is fascinating to see the strong, creative, personable and MBA-educated AJ become weak to even the slightest text message or suggestion from his longtime boyfriend Dray. In his insecurity, readers are reminded that love is what it is...regardless of its colour or orientation.

E. Lynn Harris provides an interesting commentary on society, on fame, and on self-respect. His other novels, also themed on the lifestyles of "closeted" and "down low" black men, have led Harris to excel in and take control of American literature of this specific genre.

Perhaps the best part of this book--despite the entertaining language, current references, colourful characters, and unexpected plot twists--is witnessing the journey of AJ as he battles his love for Dray against the love he has for himself. A classic tale, universally.
Posted by Stacey Marie Robinson at 9:46 PM 1 comment:

Now, I am admittedly new to Twitter (kind of) and still don't really get how to make the most of it. The trending topics (TT) the re-tweets (RT) and the dozens of other acronyms and routines that I have yet to understand...

But what I did find was some humour when typing in "video light" the phrase, in a search, and seeing--out of curiousity--what type of comments/conversation that it came up in.

VIDEO LIGHT is the name of my debut novel (available by visiting http://www.staceymarierobinson.com/), and is about a dancehall princess in Toronto named Delia Chinn who is always in the spotlight. This is what others on Twitter have been saying about females they know or see in the "video light"...

NickyBling: U have some #dumbjamaicans that feel it is ok 2 go to a dance 8 mths preggo & in the video light smoking a spliff - wrong on so many levels

Sunshine_3312: #thoughtintheclub she goin 2hard in da video light she needs 2 stop it!

pozeup: #thoughtsintheclub but wait, why da f*ck is dis dancer man pushing me for the video light -_-

jaydonthedon: What does Drake have against looking into the camera? I swear to god his side neck gets more video light than his facial.

djshortybless: Why is it that it's always the ugly girls that go up in the video light?? LOL!
Posted by Stacey Marie Robinson at 9:17 PM No comments:

I'm sorry, this may be irrelevant, but I think it's hilarious. I've compiled this list from a variety of random online sources, and can not take credit for any of it!

Please enjoy the Top 100 Jamaican Names. Traditional names, common names, old-fashioned names. If you are Jamaican I bet you can find the name of at least 20 relatives on this list!

Have I missed any??? Please let me know!