It is time to eradicate the use of "Screwface Capital" in reference to the city of Toronto.

The power of a great brand is undeniable, which is why I do not understand why so many have adopted and perpetuated the use of "Screwface Capital" to define a city that they love, and represent proudly to the world. 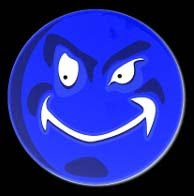 Screwface by definition:
-a mean face
-a dirty look
-an ice grill
-to gawk
-to scowl
-deeply pissed off
-highly intoxicated
-a dirty or inappropriate facial expression
-revealing nothing

To promote the fact that we as Canadians believe ourselves to be "hard" and "tough people to please" and the capital of all things cruel and evil, says more about how we feel about others than we feel about ourselves. And we all know that happy confident people have NO reason to screw up their faces, or hate on other people. 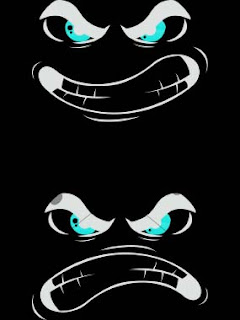 What are we so mad about? That we're not getting the recognition we deserve, internationally? Because that seems to the neverending Canadian sob story whether it's signing a record deal, winning a sporting title, or proving (to who?) that we are worthy of...something.

A lot of the trouble is based on the fact that we as Canadians often collectively worry so much about what the "other" is thinking about us, that we rarely focus on what we think about ourselves.

The Juno Awards are coming up this weekend, for example. Does anyone give a s***? Probably not. Why, because we don't have the same level of entertainment present that they do on the Grammy's or AMA's? Because the Juno's do not accurately reflect Canadian music?

There are always 101 excuses as to why we as Canadians do not want to support what is Canadian.

But we'll support a wack nickname...!?

While we're hating on each other and mean-grilling on the streets, here's what other cities around the world are saying about themselves (most cities have a few nicknames; I've chosen one to illustrate):

In fact, here is what other CANADIAN cities are saying about themselves, which leads me to believe that a lot of the attitude and resistance resides right here in our city:

And here are the few nicknames that Toronto has received. Most are based on the actual word "Toronto" rather than the spirit or nature of our city:

Being the capital of angriness is nothing to brag about. That's like being proud of sulking, wining, complaining, and badmind. And if we're using this term to front to "others" about how hardcore Toronto is, it seems to be an unnecessary exercise in false promotion.

The hip hop community in particular has adopted this phrasing, but I find it ironic that some of the biggest hip hop stars to come out of Toronto (e.g. Maestro, Kardi, Drake) had nothing "Screwface" about them. Drake's demeanor is actually quite pleasant, Kardi is always smiling and enjoying life, and Maestro was all about getting the people to dance and have a good time.

What are we trying to prove? 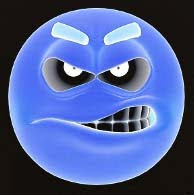 Telling others that you're hard and miserable is hardly a helpful strategy to get people to believe, invest, and support what comes out of the city.

To continue to pretend that Toronto is super-hard is like a contradiction. There are too many faces, too many experiences, and too many stories and cultures in this city to act like we're all scowling all the time.

It's time Toronto redefines the face that we are presenting to ourselves (first and foremost) and then worry about the face we are presenting to the world. This means we have to stop giving EACH OTHER the "Screwface" and learn how to show support, and patience, and actual kindness and empathy for our sisters and brothers who are also trying to get ahead in life.

The "Screwface" has got to go, literally, and figuratively. Creating a culture of respect and support will go a lot further and be beneficial to everyone. The days of pretending that Toronto is something it's not, or perpetrating a myth that we don't even believe ourselves is over.

What is the REAL definition of Toronto? Someone needs to step up and define what we're really all about. I think we'll be surprised how much the truth will catch on, and allow us all to progress.


Don't get me wrong, I love my city, and I love the people in it, regardless. My collection of stories, the "Urban Toronto Tales," highlights the experiences of love, life, and relationships in the city of Toronto. Please visit www.staceymarierobinson.com for more details and order info.
Posted by Stacey Marie Robinson at 10:22 AM 6 comments:

Movie Review: Why Did I Get Married Too? 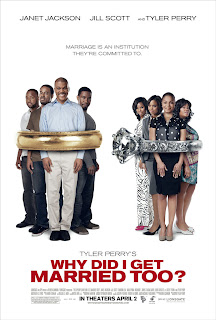 Why did Tyler Perry make this sequel? That's the first question that came to mind after the credits started to roll and I realized that the last 15 minutes of this film totally flopped the storyline.

Before I begin my grievance, let me preface my statements by saying that I LOVE Tyler Perry. I travelled to Chicago JUST to see him live mere weeks ago. I own the majority of his movies/stage plays. I admire his writing ability. I hope to emulate his actions and successes in any way possible. He is my new "Hollywood" role model. (Sorry Oprah!)

I loved the first movie, Why Did I Get Married. I thought it was honest and funny. The characters were dynamic, and the drama was entertaining to say the least. A well-written story, and one of my favourites. Great acting.

So naturally, the sequel seemed like a good idea. Reunite the characters. Take them somewhere hot so we can see Malik Yoba (Gavin) and Michael Jai White (Marcus) take off their shirts and unleash the chocolate abs. Watch Janet Jackson (Patricia) in her most vulnerable role yet, which was apparently filmed during her time of mourning for her brother Michael. Again, fabulous acting. Especially from Janet.

It was funny. Tasha Smith (Angela) was loud and crazy, and provided endless jokes with her sister-girl antics. Jill Scott (Sheila) and Lamman Rucker (Troy) were sweet, and it was nice to see her character happy for a change. Tyler Perry (Terry) continued to be the voice of reason...and ohoh, even that a**hole Richard T. Jones (Mike) was back again to stir up controversy!

What's that? This sounds exactly like the last movie? My point exactly.

In the past 3.5 years that had supposedly passed since the first movie, these characters displayed absolutely no growth! After the tears, and soul searching, the exposure, and revelations...they still gathered as a group again and had the same old issues.

Funnily enough...the a**hole "Mike" is the only character that really seemed to learn his lesson from the past movie! 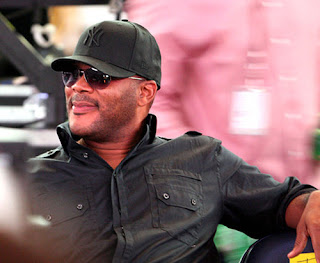 Now, I realize it's human nature that people are going to be who they're going to be. But for the sake of the sequel, it would have been nice to feel like the other characters had actually learned something at their last retreat in Colorado where all hell broke loose. Instead, I felt like maybe a few months had passed, and everyone was right where we left them.

It was great for continuity of character. The funny people were still funny, the rude were still rude, and it was great to see the same cast back again as a family. They obviously work well together.

In fact, for the majority of the movie...I was fully entertained. I laughed, I gasped, and I felt the range of emotions right along with the rest of the semi-packed crowd at the Scarborough theatre. Sadly, at the point of the MOST emotion...at the point of the movie where tears should have started falling and the violins should have made me weep...instead I found myself laughing out loud. Actually, EVERYONE was laughing. Not a good sign.

It just wasn't believable. With maybe 15 minutes left in the movie, just past the climax and on the way to the resolution...the movie got super corny. Quick resolutions. And then there was a death...of the wrong damn character! I didn't understand why Tyler Perry even went there, and killed off a good character who still could have made the ending satisfying. But nope. GONE.

I heard that Tyler cut out the funeral scene out of respect for Janet, where her character was to address the congregation. With all due respect for her loss, Tyler should have listened when Janet insisted that he keep that scene in. I have a feeling that the funeral scene might have provided the words and perspective that was necessary to wrap up all the loose ends, much like her end-of-movie speech did in the last film.

Of course I still have to give Tyler Perry credit. Cicely Tyson and Louis Gossett Jr. were a nice addition to the cast (this brother can get ANYONE in his movies!) and there was definitely no lack of drama and minute-to-minute action.

As a professor once told us in a creative writing class...you can write the best story ever. You can create a masterpiece filled with highs and lows, crafty characters and unique twists and turns...but no matter how great that story is, if you don't connect with your audience in those last seconds when everything is coming to an end...then you've lost them. The true power of the story is in its conclusion.

That's how I felt about this movie. It was fantastic for the first hour. It got better through the second hour...and right when I was ready to feel that Tyler Perry pride...I found myself throwing my hands up in the air at the resolution.

And speaking of corny...the last minute cameo...SUPER wack. I haven't laughed/rolled my eyes at an awkward-yet-"supposed to be normal" cameo like that since Tyra Banks' appearance in Love & Basketball. When the entire theatre bursts into laughter by just looking at a character's face...chances are, they weren't the right actor for the job!

So there it is. Another movie I desperately wanted to love...but walked away from shrugging my shoulders in slight disappointment and a little bit of confusion.

Tyler Perry is the master of the feel-good film, but I feel like he compromised the integrity and growth of the characters, the realism of the movie, and gave a bit of a "Hollywood" ending to what had started out as an authentic social tale.

nd if there's a part 3 to this movie with Janet's potential new love interest Dwayne "The Rock" Johnson in the cast.........I'm done.
Posted by Stacey Marie Robinson at 10:19 PM 2 comments: