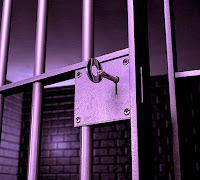 Diamond in the Rough Part 2, the third novel in Kamilah Haywood's urban fiction trilogy follows the journey of a young Toronto woman, rising each day in a correctional institution and facing challenges from her superiors, her peers, an addiction, and inevitably also her own mind. An honest look at the complexities of mental health, coupled with the chaos and depression of the prison system, the reader has a rare look into a segment of urban Toronto rarely publicly discussed.

Newly signed to independent Toronto company Kya Publishing, Kamilah is excited to continue to document stories that she believes will tell truths about realities that are seldom highlighted in fictional accounts. A champion of urban fiction, and a supporter of the culture and concerns that drive the community, Kamilah was inspired to write the final novel in the trilogy to explore the injustices that prisoners with mental health issues in particular, experience in the Canadian prison system. 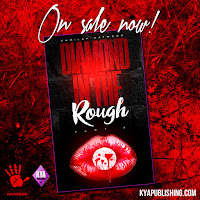 "I especially wanted to explore the women's prison system, because of the story of Ashley Smith, and also the other women who suffered back in the late 80's before the riots at the Kingston Penitentiary for Women," said Kamilah. "I wanted to display the mind of a female inmate who suffered from mental illness, and depict what her experience would be like."

Recognizing the huge gap between mental health care and the prison system, Kamilah was determined to communicate the message that police officers, correctional officers, government officials, and politicians are not exempt from making mistakes or being corrupt. This is a reality that many in the system are aware of, but few openly discuss.

"The more we research and learn about the system that we live in, the more we can combat to implement change...and becoming aware of the system's realities is the first step," said Kamilah. "The literature plays a huge part of this process."

Kamilah chooses to use her writing as a means of raising awareness, and initiating uncomfortable conversations.

"The value of urban fiction is just like the value of hip hop in our culture today, and yesterday," said Kamilah. "Urban fiction, by nature, explores diverse cultural perspectives. When exploring any artistic expression, we have to be conscious of the fact that these works are of art created for a reason. It doesn't matter what race, gender, cultural background, class, or religion you are...if you have a story to be told, you have to tell it."

The 2007 death of Ashley Smith, then 19, was controversial, and sparked discussion surrounding mental health in the prison system. An Ontario coroner's jury ruled the self-inflicted choking death of Smith in her prison cell a homicide, as reported by CBC. After months of testimony from numerous witnesses, a series of recommendations came forward, including ensuring nursing services and psychological services are available onsite for inmates at all times, as well as adequate staffing and contractual duties for psychiatrists and care staff.

The story of Ashley Smith still resonates with Kamilah, even ten years later, and she tells this story and speaks of the conditions, on her behalf.

"I would like to use this book as a catalyst for discussion on how the system can violate prisoners' rights," said Kamilah. "Especially those that are oppressed, or in poverty. It's a conversation that needs to lead to a solution, and if this book can be a part of that dialogue and inspire one mind...I am at peace with that."

Diamond in the Rough Part 2, released on August 6, is available for purchase via Kya Publishing. Kamilah can be reached online @KWoodz29, or at kamilahhaywood@gmail.com.