I've been to Raptors games before, but this one definitely had a different energy. A lot of the guys are the same, a lot of the fans are the same, but there was something extra "Toronto-ish" about last night's home opener against the Indiana Pacers.

The evening of Wednesday, December 28 began at 6:00pm, with Toronto-native Jamaal Magloire addressing the crowd, thanking the management, and promising the fans an exciting season. Although a new member of the team, it has been great to see the media unofficially annointing Magloire the "voice" of the Raptors.

My footage from the game intro...


Despite the well-appreciated presence of Bargnani, Calderon, and DeRozan, I think the fans, the media, and the team are enjoying the toughness and personalization that Magloire's addition to the team brings. Giving him the mic to start off the season is a perfect indicator of what he means to the franchise at this time. Magloire "is" Toronto. Naturally. It's a good look.

The game itself...close at times, occasionally disappointing despite the hype, but definitely exciting! DeRozan scored 22, Bargnani 21, and Bayless 13. The Raps fought the good fight, but still were defeated by the Pacers 85-90. Sucks...but it's only day 2 of 66. There's plenty of time and many moments to be had. 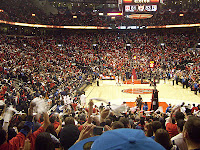 But trust me, the The energy in the Air Canada Centre...craziness!

I don't know if it was the waving of rags (and memoirs of the energy of carnival) that I have grown to love...but there was something about the vibe in the ACC that was definitely intangible. It was great to hear Drake's voice while the Raptors video intro was on, and during the player introductions.

It was wicked to see Kardinal Offishall performing at half time, and DJ Doc tearing it up on the court.

Cool to see Mark Strong; I was psyched to hear 4 Korners playing "Palaaaaance" up in the place, and a few other soca tracks. For the first time, really ever, this felt like MY Toronto Raptors. Like a real Toronto event, and a real Toronto team.

Even little Bieber was there. It doesn't get more Canadian than that! Exciting stuff. Only thing missing was Drizzy, and it would have been the complete current picture of the face of Toronto culture. 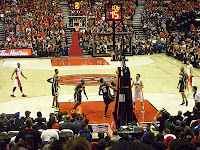 Not taking away from the previous 16 years of the organization...and I will always appreciate the Raptors through thick and thin, because I'm all about the home team...however, this time was different.

As mentioned, the setting, the fans, and the team may have been consistent for the most part over the past few years at least, but there was an added sense of personality this time around. Of familiarity. Of passion. Of excitement.

I don't want to be a bandwagon-ist but I'm definitely feeding off of the energy of last night, and hoping to channel it into the future games. I love to see people supporting "their own." Whether it's the Leafs, the Blue Jays, the Olympic teams, or individual players like Tristan Thompson or Cory Joseph. I love hometown pride, I love Canadian patriotism, and it's moments like last night that really bring out the Canuck in me! 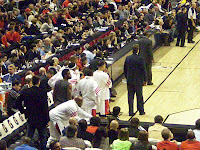 Despite the fact that we're starting to hit double-digit temperatures below zero right now, I'm just grateful for the energy that this whirlwind NBA season is bringing in general(how is anyone supposed to keep up with 7 games a night?!) and I love to feel like Toronto is developing as an urban centre, developing it's identity, and really having fun.

I can remember the days when vibes in Toronto were lacking...in relation to other exciting places like New York, Miami, or LA. I remember when it wasn't necessarily cool to rep Toronto, or to sound like a Canadian, or listen to Canadian music. But now, the culture is definitely changing.

I look forward to attending more Raptors games. I look forward to seeing more Kardinal, Mark Strong, and all of the other hometown greats that bring personality, recognition, and energy and entertainment to our city.

And even though this cold weather is reminding me that our Canadian winter is finally here (boooooooooo)...I'm just going to be grateful for the local amenities that make being a Torontonian super-fun.
Posted by Stacey Marie Robinson at 8:51 AM No comments:

I'm admittedly a bit late jumping on the Drizzy bandwagon, but I'm definitely on it now that I picked up his "Take Care" album. For years I only semi- paid attention to his lyrics, his stories, and his relevance, but like everyone else in this city, I was proud of him nonetheless.

Proud of what he represented. Proud of his mannerisms and the way he carried himself. Exceptionally proud that every time I stepped into the U.S. over the last two years because their top hip hop stations and clubs were downright over-saturating the airwaves with this guy's hits.

Proud is probably an understatement. 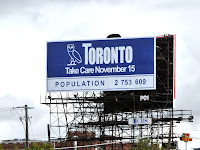 We take our people real seriously, don't we? I remember when Kardi was on Jay Leno a few years back performing his hit "Dangerous," I damn near had tears in my eyes! Didn't know the brother personally, but I knew the environment from which he came, and the great footsteps he was taking on behalf of all of us.

Even in sports! Toronto native NBA player Jamaal Magloire is signing with the Raptors this week, and again...you can't help but get that sentimental feeling. 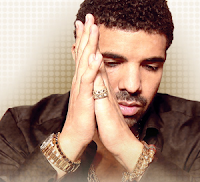 It's motivating to see one of our "own" (whether we know them or not) achieve their goals. Maybe this is commonplace in New York, LA, and other major cities. But for Toronto, we feel each success strongly. We realize the impact of these movements, and the hard work, the dedication, and ultimately the perseverance that it takes to get to that place.

We know, firsthand, that it ain't easy.

So I did the patriotic thing and finally bought a Drake album, "Take Care." And it's great!

I can't lie...I bought the Rihanna "Talk That Talk" CD the same day, and was a lil bit surprised to hear that Rihanna's album was edgier than the rapper's. Rihanna's album had me moving...Drake's had me...reflective I'd say.

I thought to myself, as their collaboration "Take Care" came on..."this is the album that will inspire me to finish my latest book." 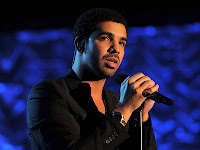 I've mentioned this many times before, that I can only write when I'm creatively or emotionally inspired. Sometimes that means every day. Sometimes that means I don't write a thing for weeks. Sometimes I am in a complete literal standstill! But right now I can thank Drake for penning the soundtrack to my latest Urban Toronto Tale.

I can't even break it down track by track yet. I'm still taking the album in collectively. It's inspiring something in me, and if I analyze it too closely, I might lose the very inspiration that I am seeking.

It does remind me in essence of my dear Kanye, in that there's lots of choral sounds, lots of instruments. It's like real mood music to me.

What threw me off was that Drake went all KC-I and Jo Jo on us, with the high falsettos and R&B vocals. Wasn't quite expecting that, but I guess he's just riding the riddim and following his soul. I can tell that Drake has an inner Keith Sweat to him that he really can't keep back. As much as he's a rapper...this boys loves to sing!

Not mad at that.

It's boooooooooooooooooooorderline corny just how incredibly sensitive he is...but at the same time, I believe it shows his confidence. Yeah, he'll sing about women, and love, and sadness, and heartache and he doesn't care who wants to judge him!

Again, why this boy is so appealing. He's cool. Confident and cool, without trying too hard. Yes, he can maybe tone back the Yankee accent at times (your dad is from the south, we get it), but otherwise I think Drake's as authentic as they get.

What is appealing to me--now that I'm a fan--is how he conducts himself in interviews, his humility, his ability to articulate himself, and really and truly that he has mastered the game of music and entertainment, and probably has the intelligence and talent to stay on top for a good while. 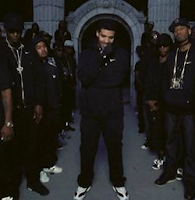 This isn't so much an album review as it is a slight tribute to our homeboy Aubrey. I will joyfully add this CD to my collection (yes, I'm old school and don't do iTunes...or bootleg). I will put it in rotation with my Rihanna and "Watch the Throne," and I will allow his stories, music, and rhythms help me to formulate the plot of my next book.

I absolutely live for this. Music is my fuel!