I don't watch his show, nightly. I do catch recaps of his monologues on YouTube sometimes. I have seen his stand up special, and I do like what I hear whenever I catch a glimpse of him on television, or hear about his commentaries and reflections. I follow him on Instagram. I wouldn't say I'm a huge "fan" yet, but I am definitely someone who respects Trevor Noah. Based on my limited knowledge of him...I know that he is someone worthy of respect. I do now admire him, a great deal, thanks to what I've read.

His book, "Born a Crime," filled in every blank necessary to give me a thorough understanding of who Trevor Noah was raised to be, and the circumstances that created the intellectually stimulating comedian and public figure that he is today.

Basically a story about growing up in South Africa, "Born a Crime: Stories from a South African Childhood" is a tale about his childhood, his identity formation, his coming of age as a critical thinker and a bit of a troublemaker, and most importantly, a reflection on his family, his siblings, a brief look at his relationships with his father and step father...and a beautiful look at the lessons and spirit obtained from his mother.

His mother! The heart of Trevor Noah's book is his mother, which essentially tells you everything you need to know about Trevor Noah as a man. He is his mother's son: resilient, funny, realistic, clever, dedicated, smart, hardworking, and someone of great inner strength.

Through a series of stories, recaps, scenarios, and carefully selected looks at the political and social climate of his childhood and teenage years, Trevor's personal story unfolds and a foundation for his character is established. Some chapters falls chronologically, others serve as funny inserts to the ever-serious backdrop of racial tensions, apartheid, and a recurring theme of "belonging" and Trevor finding his way as a mixed-race young man growing up in the most difficult, and illogical racial turmoil possible at that point in history.

I was curious to see how far the story would go. I don't know much about how he eventually came to America and became the star that he is now, the fortunate successor to Jon Stewart's "The Daily Show" legacy. Again, I don't know much about Trevor outside of the basic facts, but his story has definitely provided the context necessary to begin to set my PVR to record his nightly monologues, and add him to the list of go-to pundits and intellects that I catch up on to provide context and commentary on the day's news events. 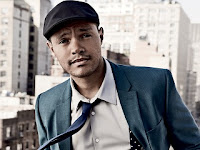 "Born a Crime" was a good read, and celebrity and fame aside, it was an excellent story about how to raise a young man, even under the most terrible of circumstances, and how to build resiliency and class, when the rest of the world doesn't believe you to be deserving of it.

Mothers, sons, families, and individuals alike can benefit from the lessons and examples provided in "Born and Crime." Now that I am versed on his history, I can confidently say that I look forward to seeing what the future holds for Trevor Noah. He is a special soul, and someone who's story deserves to be highlighted in this way.