Everyone has one, their story of struggle and how they persevered. Whether it was through a difficult period of time, a challenging day, or a history of oppression...we are overwhelmed with a great number of survival stories to listen to, learn from, and be inspired by.

The story of Elizabeth Smart ("My Story") was always one that interested me. We all remembered when she was kidnapped back in the summer of 2002, right from her home. The media images of her parents pleading for her safe return, and the suspicion and doubt and sadness that clouded the situation.

It was a story that captured the nation's attention, and one that brought great relief when Elizabeth was found...alive!

But when her story unfolded, and elements of her 9 months in captive were broadcast, I remember there also being a bit of judgment on Elizabeth. When it was discovered that she was out in public on numerous occasions, and that she had encountered police officers yet still didn't reveal her identity...it almost took away from the fairy tale ending to her horror story.

I remember thinking to myself...WHY wouldn't this girl just speak up or scream or run away when she had the chance? I knew it was a story that I wanted to hear, and I realized that I may never hear it. It seemed like far too long had passed without truly hearing Elizabeth's story. The few TV appearances were interesting, but still not clear. And then there was news of her book release in the fall of 2013.

I finally got around to reading it, and it was captivating. Really captivating. Elizabeth outlined the details of the events leading up to the kidnapping, including how her parents had previously assisted the homeless Brian David Mitchell by offering him work at their home, and the night he returned months later to lead her out by knife point. Her journey up the mountain, just miles from her home, and how he raped her, threatened her, starved her, and hid her in a robe and veil, snatching her confidence and terrorizing her young mind.

It's amazing to hear a story like this, because I assume most stories never get told, as the victims end up dead or vanish indefinitely. It's amazing to hear how incredibly sickening and evil people can be, like Mitchell and his wife, Wanda Barzee. Hiding behind religion and self-assumed role of a "prophet"...it really outlined the lengths that he went to do justify his pedophilia. It was horrible.

Horrible on many levels, to hear how the 14-year-old Elizabeth went from a peaceful and innocent life as a Mormon girl with a large, loving family...to being the slave to this vagabond couple, and participating in their twisted family under the guise of religion.

Elizabeth talks about their journey from Utah to California, and the way Mitchell would manipulate his way into getting food, liquor, drugs, and how he forced her to partake in elements of life that were completely unknown to her. Although she doesn't describe the daily rape she endured from Mitchell, you just know that at the root of her fear was the fact that this grown man was taking pleasure in her innocence...and his wife was too delusional to interfere.

It's repulsive, but despite all of the horrible things that were happening to Elizabeth...I knew there was going to be redemption at the end, at least for her family who were undoubtedly suffering without her.

There were so many times, so many encounters, and so many missed opportunities for Elizabeth to easily return to her family. Just by removing her veil, stating her name, or even by running...but it didn't happen. And this is what had completely confused me...up until I read this book.

You can see the trickery and the constant threat of murder that Mitchell places on Elizabeth. He embeds this message so deep into her young mind, that she becomes convinced that if she does anything out of line, that Mitchell will kill her...and also ensure that her family is murdered as well.

That's a lot to put on the mind of a child. As a logical adult, we can easily think of the many ways we would have revealed our true identity to passers-by and police officers. But as an empathic adult, reading the book makes it clear why this young girl didn't have the courage to potentially risk her life (and the life of her family) by taking a chance at disobeying him.

Of course in the end, the group returns to Utah, and it is the tip of a stranger and a savvy police officer that end up capturing Mitchell and Barzee, and returning Elizabeth to her family. It took 9 months...9 long months for her to finally utter the words "I am Elizabeth"...and I could have cried when I read that part of the book. It was like FINALLY! FINALLY!

And the best part about all of this is that Elizabeth Smart has evolved into this incredibly strong, giving, and well-adjusted young woman. She is involved in international missionary work, has her own foundation to raise awareness about child victimization, she's married, and she looks happy.

In all the interviews of her I've since watched, I'm so impressed with how confident and how determined she is to be happy. Her mother told her, shortly after being rescued, that her greatest revenge against her captors was for her to be HAPPY.

The story moved me on so many levels, and mainly because I can think of many challenging situations that people go through...but this was a unique one. Mentally, physically, and spiritually, this experience ripped to the core of all things sacred and innocent. 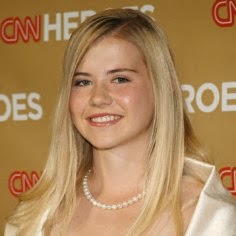 No one knows what is in her heart, or what runs through her mind at night, but what is on public display is definitely motivating. It is a story of rising above the most terrible circumstances, and still being able to approach the world with joy and thanksgiving.

She survived. I'm glad she did, and that she finally shared this story in her own words. Because 12 years after her kidnapping, Elizabeth Smart has given me a renewed outlook on how your faith can literally bring you through anything. She loved God, and never let Him out of her sight during this ordeal. She continued to praise him, and knew that He would bring her through.

Elizabeth Smart has reminded me of the importance for having gratitude for life, and the strength of the human spirit to overcome almost anything.

Posted by Stacey Marie Robinson at 11:52 PM No comments:

Today on the way in to work, I was listening to an old mix CD I made from about 14 years ago exclusively featuring female R&B singers. They were great years, musically. I was living in Windsor, attending arguably THE best party/social school for reggae/soca/hip hop/R&B heads, and I was an active participant in campus clubs like the Black Youth Taking Action (BYTA), and the Black Student Union (BSU) who would regularly host events, and discussions…the occasional comedy show, and our favourite: the AFROdisiac Poetry Vibe. 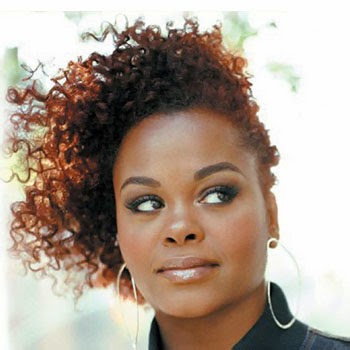 When I think back to that era of music and culture, it is framed with the voices of Jill Scott, Erykah Badu, and India Arie. It was fabulous to attend school so close to Detroit-- a historical hub of Black music and history--and I think the energy rubbed off on [some of] us in the most positive way.

Everything about that era in R&B/hip hop culture was natural, relatively speaking. The top female performers were natural. The male performers were passionate and loving with their lyrics, and I think [some of us]/we reflected this in our energy, our efforts, and our goals.

I almost forgot about how incredibly inspiring Ms. Jill Scott was, and Ms. India Arie was. Ms. Alicia Keys...I loved her originality! And good old Mary J Blige was still there, singing and dancing her heart out, and we continued to feel EVERY word she said, good or bad. 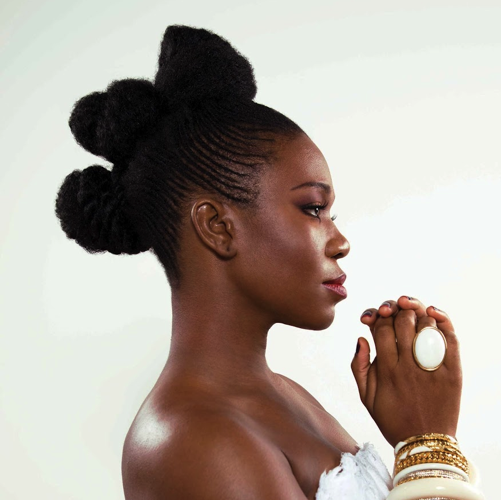 India Arie made me proud, without arrogance or superficiality…she played that guitar, and was so confident in her naturalness that you couldn’t help but want to celebrate everything she represented.
Deborah Cox and Tamia made us proud to be Canadians, and these sweet and pleasant yet beautiful sisters could SANG, and had a clean reputation to accompany their hits. Erykah Badu was THE epitome of coolness, and I played her album Baduizm religiously…for years.


From around 1999-2001 the Billboard R&B charts saw the likes of Carl Thomas, Jagged Edge, Joe, Avant, R. Kelly, Donell Jones, Joe, Usher, Case and Maxwell hit #1. It was an era of R&B greatness…and it was everywhere.

Don’t get me wrong: I will proudly listen to a Beyonce or Rihanna right now and enjoy every beat of their songs…without question. But the good thing about the late 90s and early 2000s is that you didn’t have to justify your musical tastes, or question the artists and their integrity.  You didn’t see them flossing, or trying to outshine one another with their antics. At that particular moment in time, authenticity rang true. Love rang true. SOUL rang true.


I miss it. I miss Jill Scott’s face on BET, and hearing Erykah Badu's voice. I miss Donell Jones and male R&B groups like Jagged Edge. I miss it…but I’m glad I was there to experience and feel all that it had to offer, musically and culturally.
Today I listened to Angie Stone sing “…my sunshine has come…and I’m all cried out...and there’s no more rain in this cloud” and I longed for musical authenticity! 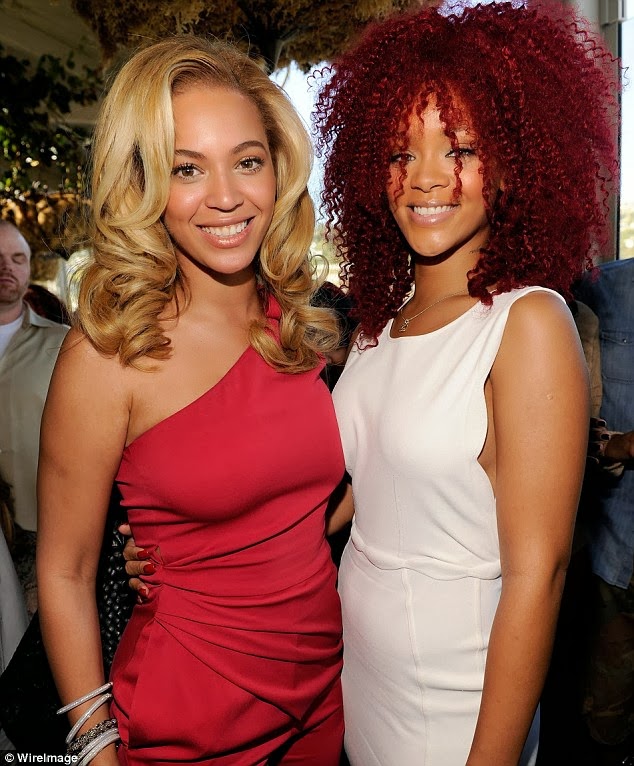 With all due respect to Beyonce and Rihanna being Drunk In/On Love and sexy as they wanna be…it’s just not the same. And believe me...I have their albums, and I enjoy their music. It’s funky, and catchy, and they can perform their asses off…but it’s not the SAME.


All music aficionados have the same wishes: that music will come full circle, and go back to that “good old” feeling. We want hip hop to go back to when it was about self-empowerment and solidarity…not about the money and liquor endorsements.
We want female R&B artists to go back to SINGING and not flaunting their post-baby bodies and being praised for their workout regimens instead of their songwriting skills. We want music to have that SOUL to it, and a bass line we can grooooooove to, and lyrics we can sing out loud (without embarrassing ourselves).

It is the nature of art to evolve, and so I recognize that the days of Jill Scott may never be “cool” again. That tight bodies and wild wardrobes and out-of-his-planet performances are the new standard. That high-profile relationships, TMZ, and Instagram-ing have taken over our interest…instead of record release dates, and music video premieres. 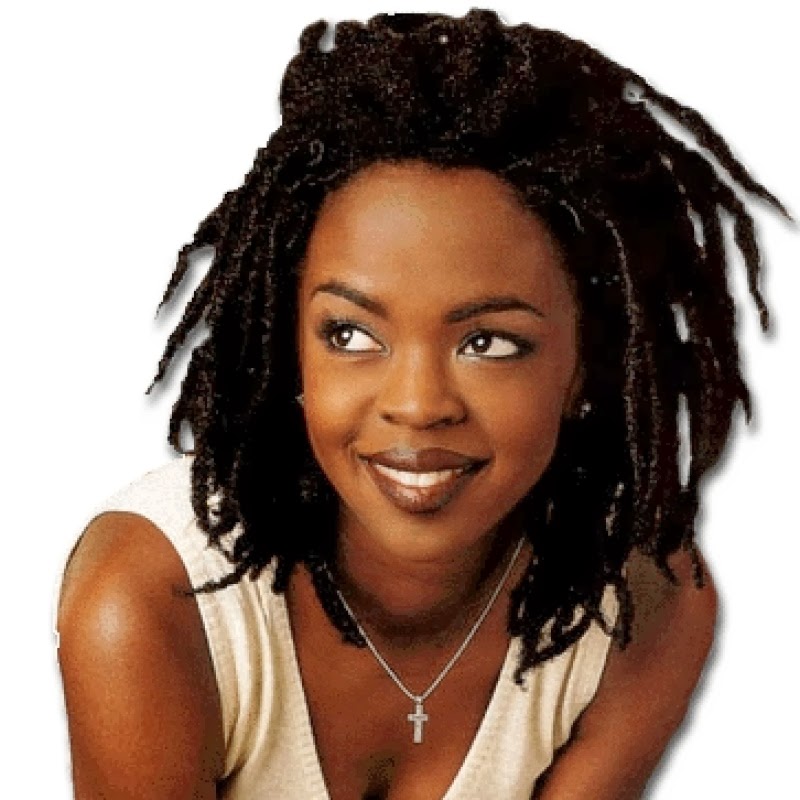 Posted by Stacey Marie Robinson at 7:56 PM No comments: