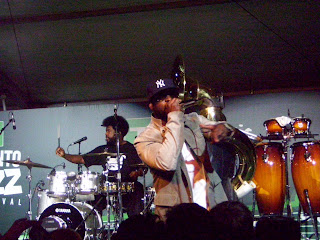 The Roots are fantasic. True musicians. Expert performers. On Tuesday, June 29, 2010 at Nathan Philips Square (Toronto), The Roots gave an amazing 2-hour performance as part of the Toronto Jazz Festival.

To say they are legendary would be an understatement. There are so many hip hop artists and entertainers that come and go in the music industry--many are forgotten, many lack the ability to maintain a career that spans more than a few years, and many just simply don't have the genuine talent to keep their audiences engaged, and their fanbase active. The Roots are exceptional in all areas.
Gathered under the tent at the festival's Toronto Star Stage, the crowd seemed to become increasingly electrified as the show went on. Original band members MC Black Thought and ?uestLove on drums, along with guitarist "Captain" Kirk Douglas, bass player Owen Biddle, keyboardist James "Kamal" Gray, percussionist Frank "Knuckles" Walker, and tuba player Damon Bryson aka "Tuba Gooding Jr." delivered an impeccable musicial journey from start to finish.
Seeing The Roots perform was a reminder of what music is in its purest form. Instruments, naturally strong vocals, and vibes! The show followed perfect sequence as the band took their long-time fans back 20 years, and into the present time, featuring tunes from their 11 studio albums, including the latest album "How I Got Over" that was just released last week.
The show was a reminder of how music should be. Each instrumentalist could hold their own, and were individually featured on various songs. There wasn't a moment's delay, pause, or fumble...no gimmicks, and constant grooves. Most importantly, the band radiated extreme passion. Their love for the music was evident on their faces, as they danced, performed, and kept their fans fulfilled.
A lot has changed in hip hop since 1987 when the Philadelphia-based band first emerged. While they have evolved, taken on a new gig as the house band for Late Night with Jimmy Fallon, and they've developed supporters in other venues (@QuestLove has 1.3 million followers of his hilarious and brilliant Twitter commentary online)...they are still true musicians at heart, and have stayed true to their original essence.
The genre has grown and developed, the The Roots have proven that real music and real talented individuals can stand the test of time, maintain relevance, and still excel in their delivery. They are music. They are hip hop, and an essential cornerstone of the heart of the genre and everything that it is supposed to be. Real.
A few video highlights from the show:


Stacey Marie Robinson is the Membership Director of UMAC, The Urban Music Association of Canada, and author of the "Urban Toronto Tales" books, Canada's first and only urban fiction novel collection available at www.StaceyMarieRobinson.com.
Posted by Stacey Marie Robinson at 10:17 AM 3 comments:

Is it really that complicated? Toronto is a major metropolitan city. The 4th largest North American city, after New York, Los Angeles, and Chicago. So why is it such an impossible mission for "us" to defend, achieve, and maintain a decent urban radio station that caters to the demographic that obviously exists here? 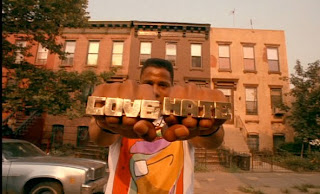 I am not an expert in CRTC legislation, radio programming, or advertising. I don't know the politics that go on behind closed doors, in the boardrooms, on the air, or in the DJ's studios.

What I do know is that I'm an average Torontonian who wants to be able to depend on a decent radio station for her news, entertainment, and a RELEVANT reflection of her lifestyle. The lifestyle of my peers, and the tastes of my generation and my community. I want to be able to hear what I like 24/7.

This isn't even a concern or second thought in other places where they have at least two "urban" stations. Some cities have one station exclusively for hip hop, an additional station dedicated to R&B and oldies, and then they'll throw in a third station for that mix of "urban" and pop.

Now...on the flipside, in one standard week (or day!) of Toronto radio listening, one can easily alternate between 3-4 stations just to have a complete experience. 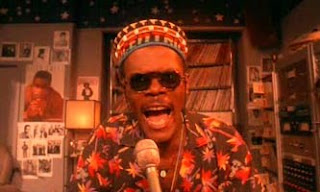 Kind of ridiculous, year after year.

I am tired of changing the damn dial! I just want one radio station (OK, or maybe two) where I can hear all of my favourites without jumping around hoping to get reception as I travel from east to west. I would also like to know that the hosts and DJs are AUTHENTIC...and the ones that have been HUSTLING hardcore for 15+ years in this city get the compensation they deserve. They work hard for our loyalty and they provide the soundtrack to our experiences...the least we as a community can do is thank them accordingly for their life's work.

Why are we still constantly trying to prove our value and justify our presence? Shouldn't this be automatic by now? I love Toronto, but I'm tired of the bulls--t:

And these are just my random thoughts, driven by more emotion than fact perhaps...but the frustration is unavoidable at this point. Something has obviously gone terribly wrong with the radio industry in this city.

We are a city of outstanding people, bursting with talent....and an infrastructure that can barely keep up, recognize, appreciate, or understand what's really going on.

So some big things are going on...big news getting out. The game is about to change!

Major change...new ventures, new voices, new opportunities...there is hope yet again for Toronto radio. But the community has a responsibility to hold our leaders accountable! If we are going to support a new radio station in Toronto, we have to support it the right way, every step of the way. Like UMAC (The Urban Music Association of Canada) states "you can't complain, if you're not in the game!"

Do the Right Thing! Pay attention. Have your voice heard. Write letters. Make phone calls. Do something. There are no more excuses for why the state of Toronto radio is in the condition it is. We can not allow certain things to happen. We have the power to do anything under the right leadership and guidance, and with the right intentions.

If we are not actively helping the situation, then we are inevitably contributing to the problem. Let's get rid of this drama once and for all, and make sure we get what we want and deserve from our radio providers, across the board. Respect, acknowledgement, and reflection.

"A Reflection of Urban Music in Canada" @ NXNE

On Saturday, June 19, 2010 at the Hyatt Regency Hotel downtown Toronto, UMAC (The Urban Music Association of Canada) hosted two panels dedicated to uplifting and educating musicians through expert commentary and group discussion at the North by Northeast (NXNE) conference. 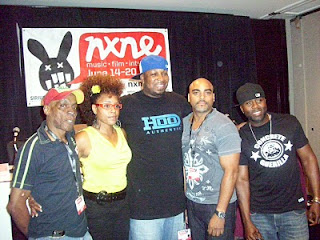 The first panel, co-presented by the McKee Agency, featured (l-r) DJ Carl Allen, Michie Mee, Will Strickland, Derek Brin, and Chase Parsons. The Canadian music industry legends participated in a discussion entitled "How We Got Here: A Reflection of How Urban Music in Canada Got to Where it is Today" and shared their wisdom with the NXNE attendees.

Moderated by Will Strickland, UMAC President, the guest speakers shared their experiences and perspectives on where Canada's urban music industry was as they were beginning their journey in the business, and also articulated where they believe the industry can and will go with the right support.

Chase Parsons, of Chris Smith Management, believes that this generation works better together than previous Canadian artists did, a sentiment that was shared by the other panelists. Chase stressed that maintaining this unified front would be beneficial not only to individual artists, but to the Canadian urban industry as a whole. He encouraged honest critique, and noted that he would like to see more interest from the urban community in other areas of the music business, aside from just performance, in order to strengthen the infrastructure in preparation for future growth and development of the urban genre.

Rapper/actress Michie Mee, a pioneer of the urban music scene in Canada, recalled that as she was starting out as a performing artist, that the urban "industry" didn't exist. Each artist worked independently trying to figure out their way, and learn as they progressed. Michie encouraged artists to know themselves, know their craft, and believe in their art...if an artist doesn't have a true sense of who they are, she stressed that the audience "will call you out" and question your authenticity.

Carl Allen, restaurant owner, DJ, and long-time CKLN radio host, believes that urban Canadian artists have now surpassed the urban Canadian music industry. The power of community radio in Canada was praised, as this outlet is what has kept artists relevant, and also accessible. Carl believes that the community has a great role in supporting, encouraging, and lifting their artists up.

Producer Derek Brin reminded artists that they need to develop their brand and be consistent in their approach. He encouraged collaboration, reaching out to as many relevant individuals as you can, and taking risks and making an effort to travel, go out of your comfort zone, and connect with others to increase you knowledge and opportunities. Derek also noted that sharing information with your peers should be a part of the process, helping to bring others up as well.

In closing, Will Strickland also encouraged attendees to utilize their resources, network, and get to know the people in their field. "The industry you seek is in this room right now," said Strickland. "Before you jump across the border, look right here." 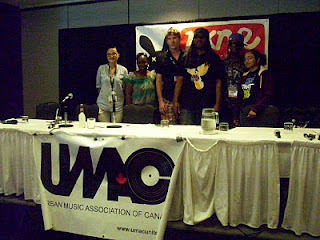 Musicians had the opportunity to submit their demos for feedback from the panel and other attendees. The following suggestions were made from the various panelists:

*Packaging is important, make sure your product is polished and professional before submission (Flo)

*Personal relationships matter, make every effort to connect with people you are submitting to (Mel)

*Songwriting, lyrics, and melodic hooks are important elements when composing your songs: make sure they are memorable (Chris)

*Be consistent in your approach, and try to stay away from gimmicks and cliches (Kyron)

*Give depth to your story, and provide another element aside from your music to draw people in (Priya)

For more information about UMAC, The Urban Music Association of Canada or to become a member, please visit www.umacunited.com.

For more information on the conference, please visit http://www.nxne.com/.
Posted by Stacey Marie Robinson at 1:39 AM No comments: