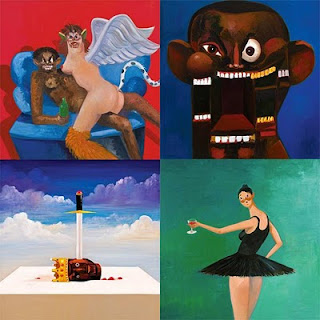 As a writer, I depend on music for my inspiration. And 22 months after beginning my latest book, I finally found the inspiration to complete the story through listening to Kanye West's new album "My Beautiful Dark Twisted Fantasy."

Released on November 22, 2010, Kanye' 5th studio album gave me a feeling...I was able to translate into words. It communicated a mood...that motivated me to lock into my laptop and complete the journey of my character. It reminded me...that at its purest form, music embodies so much power.

Kanye is just a man...a little dramatic, a little delusional, definitely brilliant, and a little complicated, I'm sure. This is evident. But I'm not really concerned about his life, personality traits (or lack thereof), or wondering who his next chick will be now that him and Amber Rose split. Kanye is just a man..."but" he is a man capable of producing beautiful things. And yes, that is kinda powerful...as far as creativity goes. 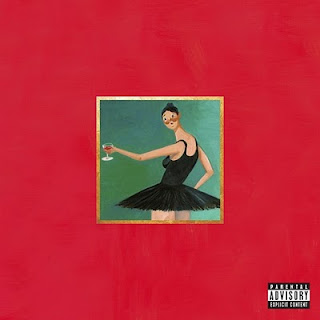 I love it. I absolutely love it. And believe me...I am far from a connoisseur or collector of hip hop, but this particular hip hop moved me. Not just the lyrical content, but the collective production.

As a story writer, I liked the album because I felt like it transcended the audio, and immediately created a visual. It told many stories. Even despite having a pre-set image of what the music would look like translated (thanks to his October release of "Runaway" the short film), I was still able to visualize beyond his suggestions.

It was rich with sound, and heavy with emotion. The album spoke to me beyond the words, and communicated through feeling. 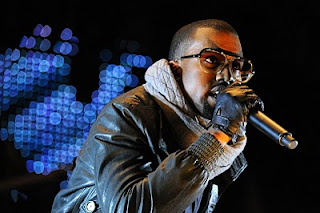 (01) DARK FANTASY - Beautiful album intro; I love his use of strings throughout...

(02) GORGEOUS (Feat. Kid Cudi and Raekwon) - Electric guitars, you can feel the frustration in this song...

(04/05) ALL OF THE LIGHTS (Feat. Rihanna) - Beautiful violins, heavy bass strings, and the essence of tragedy...

(06) MONSTER (Feat. Jay Z, Nicki Minaj, Rick Ross) - Classic sound, heavy riddim, the song is great as is but when Nicki comes in she brings it to another level...dope... 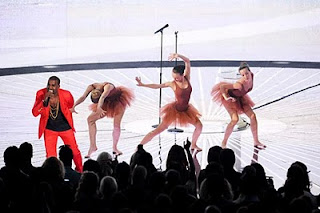 (09) RUNAWAY - Really unique, and the live visual from performances on the MTV awards and SNL make the audio even stronger. His pure voice (sans auto tune) adds a vulnerability, and the single piano keys playing throughout give the song a rich simplicity. The latter part of this 9 minute track is a emotional string-ridden instrumental that extends the pleading tone, and intensifies the emotion of what has just been expressed.

(11) BLAME GAME (Feat. John Legend) - Love this track, the lyrics, the piano, the story telling, the reality of it with the name calling and the accusations...and then of course, the unexpected highlight when Chris Rock joins in and starts talking foolishness for a few minutes...hilarity at its best...

(12) LOST IN THE WORLD - My favourite song on the album. So pretty, heavenly/angelic almost...love the composition of sounds used, the movement of the voices, and the "lost" feeling really does translate into the music...absolutely beautiful! 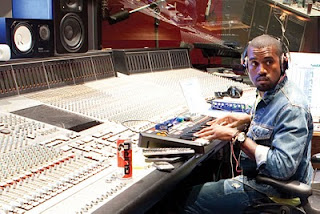 (13) WHO WILL SURVIVE IN AMERICA - Fitting conclusion taken from a recording of activist/spoken word artist Gil Scott-Heron's "Comment No. 1".

My impression of Kanye's work will never be a dissertation of lyrical significance, or my ability to rank him in comparison to other MCs. My appreciation is on a musical level...a communication level, and again, a level of inspiration based on the transfer of creative energy.

Thanks to Kanye, I finished writing "Signature Smile" and have concluded the 8th and final book of my Urban Toronto Tales collection. This is huge for me.

Thanks to Kanye, I've gained a new appreciation for hip hop (again) and find myself becoming a new student of this genre. 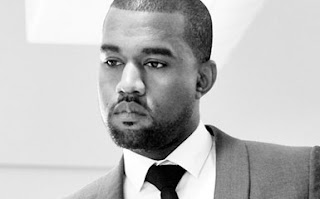 Thanks to Kanye, I realize that the "power" of which he speaks is up for interpretation. Not necessarily power in the media, the power to influence (even ol' George W. Bush), or the power to irritate (see multiple pop culture references)...but I do believe he is justified in declaring a form of power, because his musical genius can not be denied.

If said genius can transcend all previous imagery, commentary, and regular f**kery...then I'd say that the power is plentiful as I continue to play the album on repeat, and put the final touches on my novel with the hopes of passing the inspiration on.

View the novels of Stacey Marie Robinson at www.KyaPublishing.com.