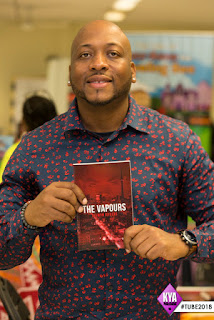 Wow. This book was fantastic. And refreshing. Authentic, and entertaining. It was the perfect mix of familiar Toronto landmarks and streets, with a captivating story line. It was an encouraging introduction to novelist Selwyn Jeffers that makes me anticipate more urban fiction greatness from this first-time author.

It is everything I believe "Canadian Urban Fiction" should be. Honest. Gritty. Culturally-specific. Naturally Canadian, and aurally accurate with an exciting plot. I just LOVED reading the dialogue between the characters, and turning each page in hopes of discovering familiarity and social awareness with each chapter.

"The Vapours" is the inaugural novel from author Selwyn Jeffers, a Toronto-based screenwriter, poet, and blogger. It's a story about a Caribbean-Canadian university student named Shawn who is weeks away from completing his business degree, while also raising an infant, nurturing a relationship, and finding time to gallivant with his bredrens. With pressures coming at him from family, friends, and expectations high on all levels, he finds himself in the middle of the drug trade and and caught up deeper than he intended.

It is a common story: a brother with charisma and potential who makes a few choices in times of desperation that lead him down a path he had no plan to linger on. A young family trying to maintain their household with challenges, goals, and daily struggles. It is a story that is extremely familiar to those who are familiar...but a story that is somehow often forgotten, or overlooked. Misinterpreted and misunderstood. Repeatedly. 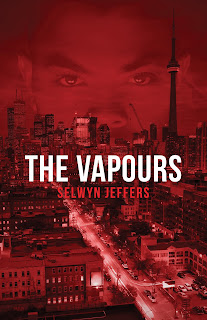 The beauty of urban fiction is that is captures real life. While it may be fictional, it is based on reality. Based on contemporary social norms. It is a familiar story communicated by "unfamiliar" players. Authors like Selwyn Jeffers are a rare kind in the Canadian literary landscape: simultaneously operating an independent publishing company as a means to get the story out, and taking on the role of a company full of publishing folk...they are committed to telling their story. Authors like Selwyn Jeffers are so dedicated to telling these stories that they are willing to play multiple roles in the process, in order to see publication achieved.

This is essentially what urban fiction was upon conception, and remains to this day. It is comparable to the "underground" hip hop scene, or indie art world: a piece that is created out of passion, out of necessity, and with no strings attached. No obligations and rules to follow. It is a piece of art that it free to be itself, without restrictive regulation.

"The Vapours" is worthy of a mainstream/corporate publishing contract. In fact, the availability of more stories like "The Vapours" would do our society well. Not just the up-and-coming writers like Selwyn Jeffers, but the folks that are quite the opposite of him. The folks that have maybe never spoken to or interacted with the fictional "Shawn Beckford" or taken the time out to understand how a young man like the lead character could find himself in an altercation with the Toronto Police or driving around Hamilton after hours with a car load of exotic female escorts, etc.

Urban Fiction is, by design, a fiction based on street life, culturally-specific experiences, or an unveiling of niche truths that are not present in readily accessible narratives. This is why most self-identifying "urban fiction authors" are self-published or connected to independent publishing houses. This is why it is so difficult to find an "urban fiction" section of your favourite bookstore, or see and the writers of this genre receiving international (or even national) acclaim for their works of literature.

And that's OK. No one is begging. Not anymore. Urban fiction as a genre has also motivated the confidence, the blueprint, and the support system to make books like "The Vapours" a reality. Time and time again. 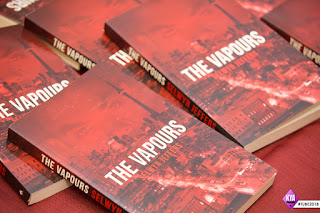 Urban fiction, and the authors who compose it, are by nature self-starters. Self-reliant, and entering the publishing industry on their own terms. The majority of urban fiction authors and publishers have carved their genre out of their raw experiences, the experiences of their peers, their community, and their imaginations, out of a strong desire to have these voices heard. Whether fictional or actual, the stories are bold in message and importance.

Shawn Beckford represents an average Torontonian: renting a basement apartment, travelling to school on the TTC, and interacting with community members of all races, religions, and backgrounds. In every step the character takes, you can see and feel Toronto around him. The pretty Asian waitress. The Indian businessman. His West Indian girlfriend with aspirations to enter nursing, and her Jamaican patois-speaking uncle. Shawn's father, the Rastafarian business owner. His African classmate, and European associates that he hangs out with at the local vaping spot: The Vapours. There is natural diversity--and understanding--in his day-to-day journey that bring Toronto to life. 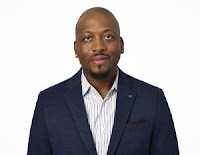 The landscape makes this story enjoyable, as a Torontonian. I imagine an outsider to Toronto would appreciate the unfamiliar speech patterns and references to "blue light busses" and other city-specific details. These are the words of which history is documented, and generations are formed. Stories like "The Vapours" represent an amazing way of capturing a unique fictional tale, but still capturing the essence of what the people, the places, and the stories of Toronto are like at this particular moment in time.

With the right amount of crime, humour, romance, and internal conflict, "The Vapours" allows us to love Shawn Beckford (aka Banneker), and understand his journey. Even the less-than-wise choices he finds himself making. It is the likeability of the character and his ambition along with the mystery of his circumstances that make this book so interesting.

Selwyn Jeffers created a well-crafted series of events, with a satisfying resolution. He introduced characters that I believe have their own stories to tell (and I'm waiting patiently for the next edition of "The Vapours" series), and taught a few life lessons without being preachy.

If this is his first novel, I believe that Canadian literature is in for a treat. Very rarely is Toronto captured this way. From the perspective of a first-generation Canadian black man, with detailed accuracy and cultural authenticity that even the greatest Canadian authors can not compose or mimic. There is beauty in a story being told from a place of expertise, and with the power of truth and intention that need to be read.

While the story itself is captivating, the encounters, the characters, and the situations speak volumes in terms of race relations, interactions with police, authority figures, an inside look at the drug game, and also a reminder that things aren't always what they seem. I think Selwyn was wise in his characterizations, and deliberate in his depictions. I hope that the eyes that cross these pages and the spirits that welcome this tale are open to the experiences of "Banneker" and his friends, and that it influences additional dialogue and social commentary as a result.

That is the beauty of urban fiction. Much like hip hop music. Much like poetry. Like various art forms, and those who construct them: there is a message on these pages and the message was well-constructed and powerful.

Selwyn Jeffers has a great future ahead of him in urban fiction, in Canadian literature, and in story-telling for a generation. It was an excellent read, and I feel proud to be here at the beginning of what will be a great literary journey for this writer.