The Appeal of the Power Couple 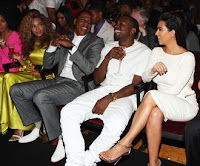 Kim and Kanye are in love. Tom and Katie broke up. Will and Jada are pretending to still be in love. Brad and Angelina are finally engaged and getting married any day now. Who cares? Yes, unfortunately I do. I care because I love to see unity. Whether real or perceived. I like to see it. I can’t lie. I love to see couples. As they say, “bird cyan fly with one wing” so when I see a couple go public and work together to increase their visibility, net worth, or their business power, I can’t help but love it. Even when it ends in divorce…I can still appreciate the essence of what it represented at its pinnacle.

I realize that the ideal “celebrity couple” can be an illusion of flashing teeth, public appearances, and staged dates. With their matching clothes, flawless skin, and picture-perfect poses and outings, I understand that said illusion is manufactured particularly for fools like me who fall in love with the fantasy and romanticize the power of the union.

On the other hand, I do love what it represents, and I allow myself to be duped by the possibility. I allow myself to imagine the wonderful potential of the combination of beauty, influence, and creativity. In fact, I enjoy what the image represents and find myself amused by it…time and time again.

So yeah, I think it’s dope that Kim and Kanye are together! Why not?! They are a perfect combination of ego, money, narcissism, and yet vulnerability…and I can dig it. I figure they’re meant for each other…or at least their images are. Who am I to judge? I love to see the unification. 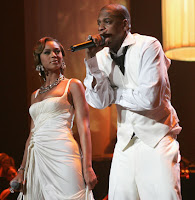 And yup! I think Beyonce and Jay-Z are fabulous. They’re each at the top of their respective games, and who else would be “good enough” for either of them? Nick and Mariah? Love it! If I were a multi-million dollar record-breaking diva, hellyafukinright I’d pick up an ambitious-yet-hot young entrepreneurial media-mogul-in the-making bwoy to reproduce with and share my legacy. Why not? Dwyane Wade and Gabrielle Union? Fab-u-lous! An educated and classy actress with a talented and humble athlete: sounds good to me! 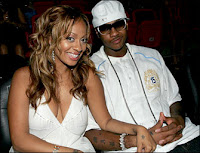 Likewise, I think Lala and Carmelo Anthony are cute as can be. And shout outs to the less “glamorous” and club-hopping photo-op’ing couples like Kimora and Djimon, Angela and Vance, Boris and Nicole, or even Al Roker and Deb Roberts.

It’s all lovely to me. Just because it exists. Need I go on?I always find the need to justify that I am 100% an entertainment junkie, and while there are children dying and dramatic issues of employment, homelessness and disease in the world, my interest is always supremely piqued by the superficial: the world of entertainment. 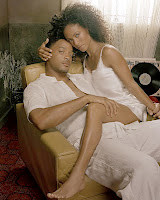 And I believe so strongly in this world because it allows us to dream. It allows us to see things, and situations, and people, and to admire them, and aspire to follow in their footsteps (however self-indulgent) and really just take us away from the list of terrible things I listed above, and into a world of no limits and flashing paparazzi lights.

When I see the power couples, I see a bigger vision. I see two people with a plan. Yes, two people who have fallen in love (“allegedly”) but also two people who see the potential of combining their great talents, looks, and visions, and going forward to create something bigger…a legacy, or even more…a dynasty.

This summer I was honoured to be a part of a panel discussion about relationships called “Battle of the Sexes” and days before that event, I was a guest on the show of one of my co-panelists, Dr. Vibe. While on the show, he asked me about my opinions on marriage, to which I responded that I thought it was a fabulous idea for the same reason: I love the idea of unification and combined forces. I know we’re living in an era where happily married couples and relationships of longevity may not necessarily be a common reality. As I said to Dr. Vibe--and I hopefully communicated effectively on the panel--I do love love love what real, genuine, strong, and foundational “relationships” represent.

I understand the power of the individual in making choices and not being “bothered” by someone else or having any obligations, but I definitely believe in the power of a family and beginning a legacy. I don’t understand why someone wouldn’t want that. Wouldn’t want a partnership based in mutual goals and future successes. And I’m not talking about just getting married for getting married sake, I’m talking about forming a union with a strong objective.

Love is a great reason, children are another great reason, but what I think we can all learn from the “power couple” is that there is strength in a dedicated union where the parties both share a love and passion for something greater. 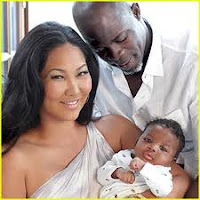 Whether that’s the movies, music, the entertainment industry, politics, or business, I think it’s a great gesture to see people coming together with a plan.

So the young/hot couples of Hollywood serve as an interesting visual to me, because of what they represent: the coming together of two creative forces, and creating one cohesive effort. Whether the effort is to procreate, to inspire, to entertain, or to create wealth for future generations, I definitely think the image of the unified duo is definitely more appealing than the tired image of the eternal “party girl” or “player.”

Even if the majority of these relationships mentioned end in divorce and scandal and are a complete media staging, it can’t take away from the visuals that we see that hopefully leave some small impact on those who view it. Nothing wrong with celebrating love. Nothing wrong with hoping for the same good fortune!

As for Michelle and Barack, the greatest power couple of them all, I really really enjoy what they represent as well. The education. The class. The good health. The public and social responsibility. And they do it together. Lovely.

And definitely nothing wrong with me waiting to see Kanye put a ring on it [Kim’s finger] and seeing what types of brands, businesses, and shenanigans they create as Mr. and Mrs. West.It’s a little thing, but I’m waiting for it...just because it's appealing to know that they're at least giving it a try. All the power to them.

Posted by Stacey Marie Robinson at 7:22 PM No comments: